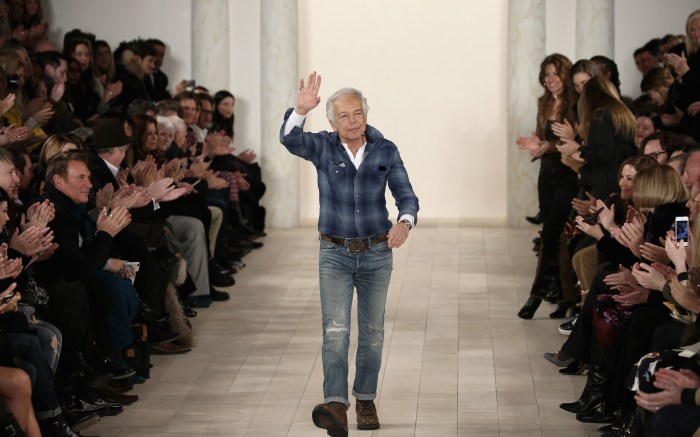 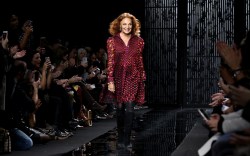 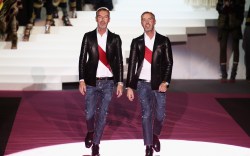 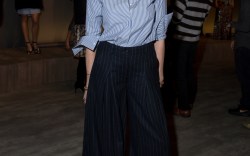 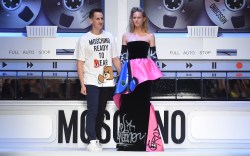 Whether in New York, London or Milan, Fashion Week focuses on the runway. But what did the designers wear?

Though designers often make an end-of-show bow and dash, we at FN chose to take a closer look at what they wore on their feet. After all, the best way to discover a signature aesthetic is to look to the creative forces themselves.

Alexander Wang matched his ensemble to his fall ’15 collection, which was mostly black. He wore black-and-white sneakers for his post-show jaunt — much less extreme than the speed-laced flatworms he showed this season.

Dsquared2 twins Dean and Dan Caten went matchy-matchy in Milan, wearing the same pair of leather square-toe boots, a somewhat conservative style for the often outlandish duo. They did wear their signature distressed denim, though.

Tory Burch was on-trend this season with her embrace of the fall sandal, wearing an embellished two-strapped style.

Meanwhile, Ralph Lauren marched to the beat of his own drum with a version of the Canadian tuxedo (jeans and plaid) and bulky hiker boots, another rising trend for the season.

To see all of the top designer style moments, click through the gallery.

For more of our coverage of Fashion Month, click here.