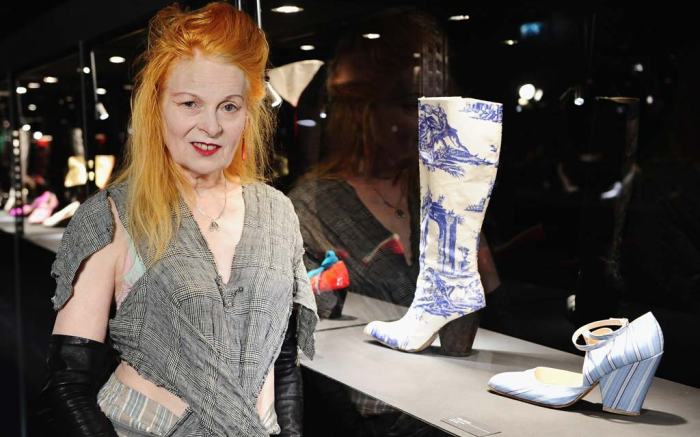 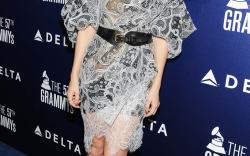 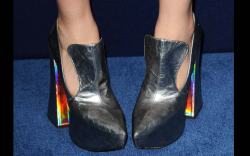 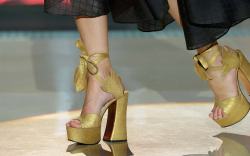 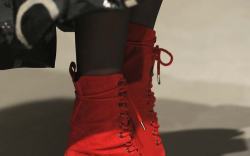 Here’s to the one-of-a-kind — and queen of the killer platform — Dame Vivienne Westwood.

Westwood first grabbed the attention of the public back in her punk-rock days, designing clothes for Malcolm McLaren’s London boutique. Westwood and McLaren’s ability to fuse their talents, merging the world’s of fashion and music, has been credited with leading the punk era throughout London in the 1970s.

Since then, Dame Westwood has had several iconic fashion and footwear moments. From the time Naomi Campbell fell during Westwood’s 1993 runway show while wearing her (now famous) purple mock-crock platform lace-up pumps to the retrospective show “Vivienne Westwood Shoes: An Exhibition 1973 – 2010” to her recent Pharrell hat moment, the larger-than-life designer continues to remain relevant in the ever-changing world of fashion.

And let’s not forget Carrie Bradshaw’s wedding dress, which Westwood designed for the “Sex and the City” movie. The wedding may not have gone as planned, but the bride sure looked the part.

To celebrate, we’ve taken a stroll through Westwod’s illustrious career to date and rounded up her most iconic shoes both on and off the runway.