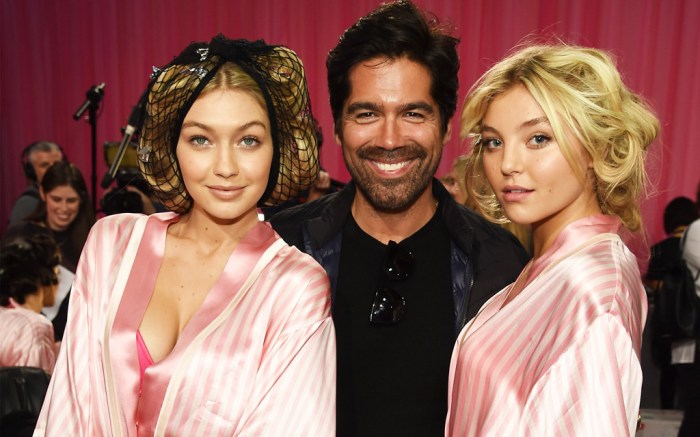 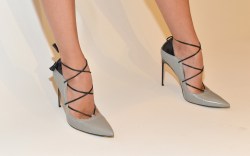 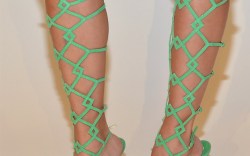 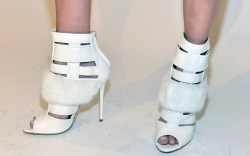 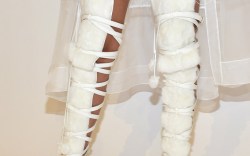 Some would argue the hoards of security guards were necessary. The 2015 Fireworks Fantasy Bra was there — a $2 million piece of lingerie, hand-set with diamonds, yellow sapphires and blue topaz, all set in 18K gold.

But the bra wasn’t the only thing of value backstage. Kendall Jenner, Gigi Hadid, Alessandra Ambrossio and Lily Aldridge were all in attendance — being primed, polished and pulled in every direction imaginable to keep photographers, media, publicists and everyone in between happy.

But let’s cut to the chase and focus on the real highlight — the shoes. This year, Brian Atwood is responsible for the footwear the angels will be wearing as they sashay down the runway. So Footwear News grabbed Atwood backstage to get the lowdown.

Here’s what he had to say.

How did the creative process work? Did you design the shoes based on the overall looks?

“We had great meetings. It was brainstorming — this is like the Super Bowl of fashion shows. And I know these girls can walk on anything.”

Atwood continued: “I heard that they made wings just because of the shoes. I was chatting with [Victoria’s Secret Creative Director] Sophia [Neophitou], and she said ‘Do you realize we made wings based on the shoes? We copied the boot design on the wings.'”

Do you know in advance who will be wearing what tonight?

“Not entirely! But I may have suggested who I’d like to see in which shoes — Candice, Gigi, Kendall.”

Will the shoes be produced?

“We’ll see. Some are so extravagant. It’s like the diamond bra — we won’t be putting a thousand pairs on the shelf! But that’s the excitement of it. They’re one-offs. It makes them more coveted and little more special.”

And when the girls are getting ready…

“Oh, I’ll be standing there, like a proud papa!”

Click through the gallery below to get a sneak peek of the shoes coming down the runway tonight.