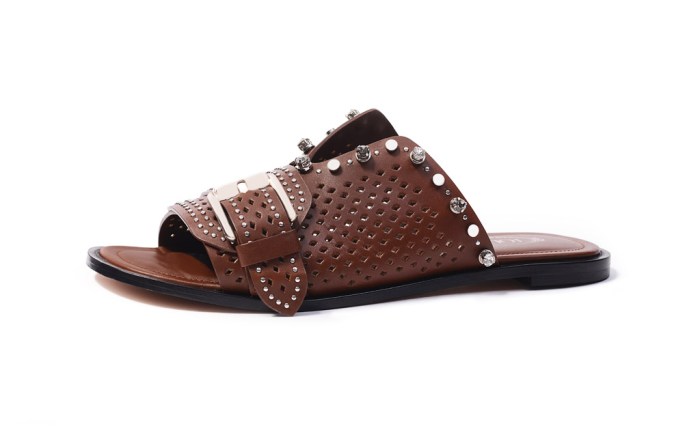 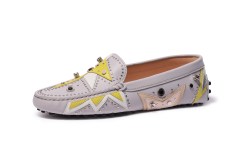 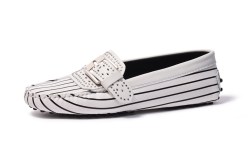 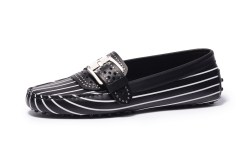 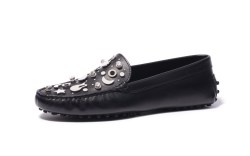 When one thinks about Tod’s, rock ‘n’ roll cool does not come to mind. But for spring ’16, Tod’s creative director Alessandra Facchinetti embraced her musical roots (little known fact: her father is in a popular Italian rock band, Poo, and is quite famous in her native country) by offering a variety of acoustic-inspired details on footwear.

These styles formed the new Tod’s Band capsule, which the brand is highlighting through a #squadgoals-worthy group of influencers including Langley Fox Hemingway, Lizzy Jagger, Julia Restoin Roitfeld and Chloe Norgaard. They are all participating in a campaign shot by Sonia Sieff.

Elsewhere, sleek sneakers prevailed. With a glove-like construction and ultra-slim profile, they were a departure from current tastes, which lean more towards chunkier, more substantial soles. To beef up these patent styles a bit, large utility buckles and tongue tabs were added.

Click through the gallery below to explore the styles.