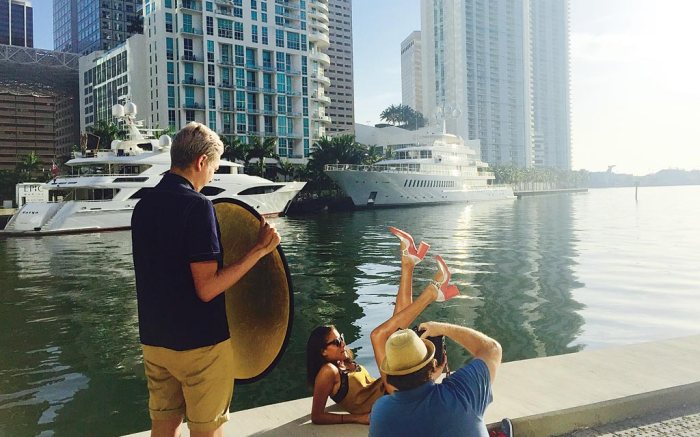 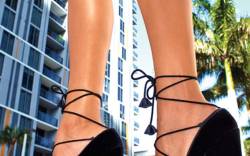 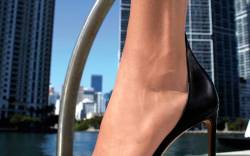 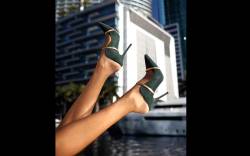 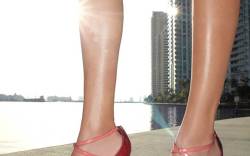 Brands like Marc Jacobs utilized thick heel shapes on its wrap-tie pump, while newcomers like Giannico added spherical shapes to the back of stilettos, inspired by a Jeff Koons sculpture.

While the shoes may have indeed been blazing for FN’s shoot in Miami, the temperature on-set was sweltering. “It was so hot, I remember hiding under any shade I could find,” said Christian Allaire, FN’s assistant fashion editor.

Much like the arch-and-architecture pairings, photographer Bridges Aderhold’s studio space proved to be a match made in shoe heaven.

“I believe it was fated that Bridges shares studio space with a serious shoe collector, and the Wynwood area is surrounded by street art depicting its origins as the shoe district,” said Fashion Director, Mosha Lundstrom Halbert, “We felt right at home.”

“This [the shoot] concept was well-suited for the shoes. Miami was a good backdrop because of the amazing light and architectural influence. It made for a fun, creative day!” explained photographer Bridges Aderhold.

Click through the slideshow below to see the final shoot.