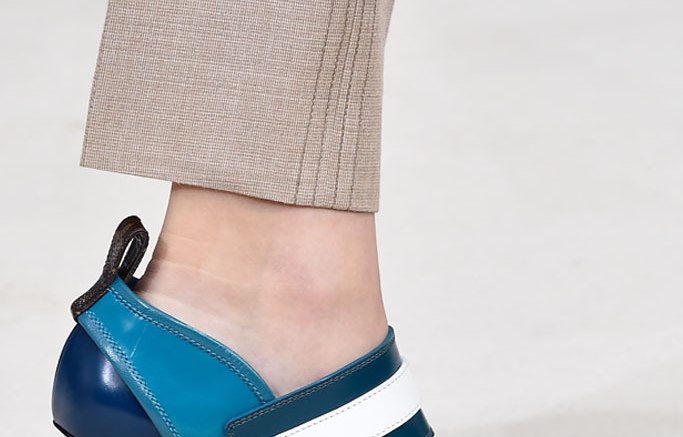 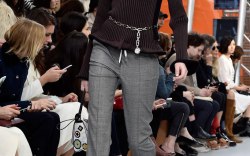 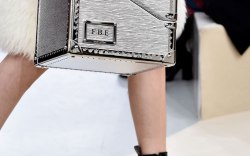 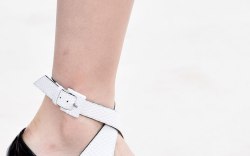 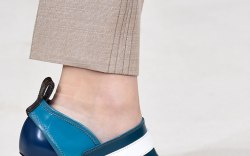 Though the French fashion house is deeply rooted in its own cultural history, Ghesquière’s designs this season couldn’t help but serve as a reminder of the Russian Suprematism art movement, which favored simple blank canvases and punchy uses of geometric shapes. Certainly, the sleek patent boots served as a backdrop that allowed the designer’s thoughtful color contrasts to shine.

More subtle re-workings included the designer’s take on satin stiletto boots, which were updated with elastic paneling and a tubular cap toe. The label’s signature monogrammed leather was used on the vamp of black booties, secured by a skinny tanned leather strap.

The footwear was certainly eye-catching. Accessories have always been Ghesquière’s strength, but this was not a major departure from his debut fall ’14 season, which also played with patent booties and strapping. Still, the equal attention paid to footwear along with the ready-to-wear was refreshing.

To see more of our coverage from Paris, click here.