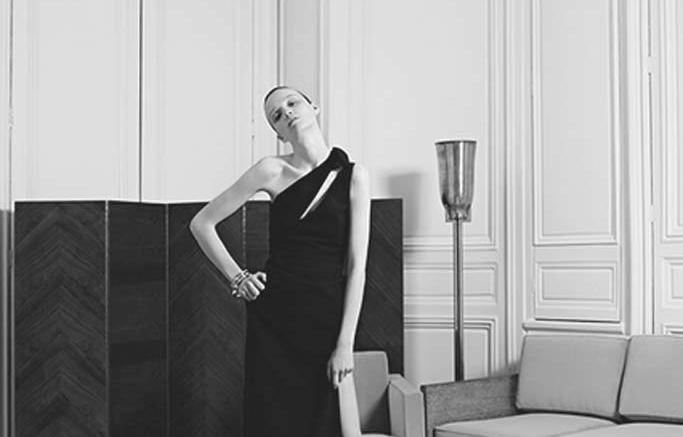 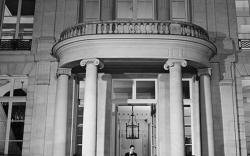 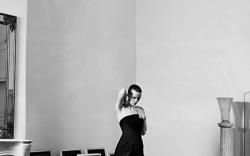 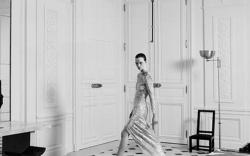 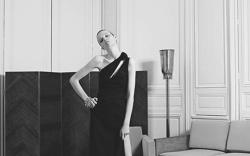 Saint Laurent has revealed its fall ’15 couture campaign shot in the new Couture House of Yves Saint Laurent in Paris. According to the label, its designer Hedi Slimane has been renovating the house over the course of three years. The campaign is titled “Rue De L’Université.”

The house is called “Hôtel de Sénecterre” and was originally built in 1685 by architect Thomas Gobert, who served as the building planner to King Louis XIV of France. The staircase seen in the shoot was built during the reign of Louis XV and is foiled by a contemporary Garth Weiser black and white diptych piece that hangs above it. Furniture seen throughout the house is from both Saint Laurent’s and Slimane’s personal collections.

The campaign also shows off the house’s garden which Slimane remodeled according to archives. The monumental chandelier was found and restored as well.

Couture gowns worn by celebrities on the red carpet are also produced at the house in addition to the collections. Stars such as Margot Robbie, Mariah Carey, and Kendall Jenner have all been spotted in footwear by the storied French fashion house.

Click through the gallery to see explore images from the campaign.