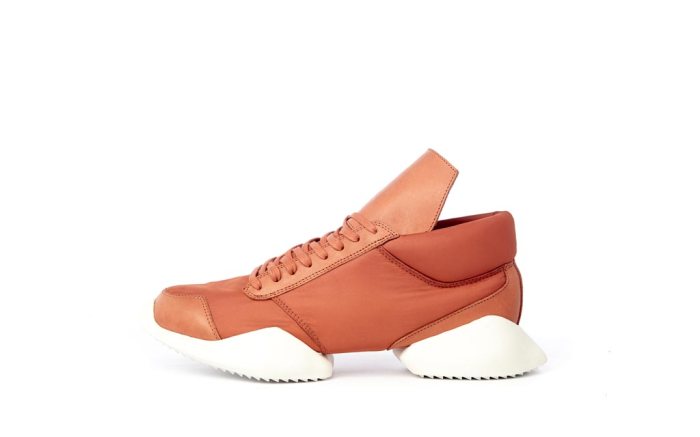 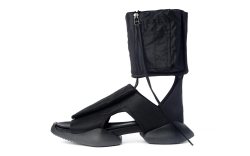 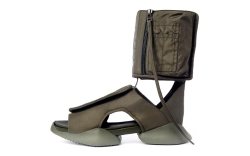 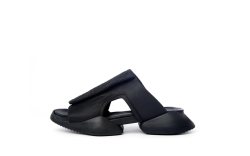 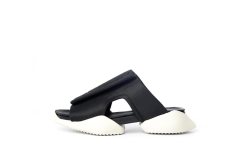 Rick Owens is continuing his partnership with Adidas for spring ’16. The designer, who unveiled his latest collection during Paris Fashion Week, has created four new footwear styles in collaboration with the athletic brand, though his Paris show did not feature the Adidas styles on the runway.

Owens has been doing his footwear with Adidas for a few seasons now, but so far has strictly focused on runners.

The new unisex collection, which will be in stores next February — retails from $790 to $1,435 and focuses on a neoprene-and-leather message.

This time, the designer reintroduced the classic Runner style as a core silhouette, done in all-black and all-white colorways. But he also debuted three styles — a Clog slide sandal, a gladiator-style Cargo sandal, and the Superstar Ripple Boot, done in a stretch suede that gathers at the ankle when worn. All feature Owens’ signature chunky outsoles, of course.

For a closer look at Rick Owens’ spring ’16 shoes with Adidas, click through the gallery.