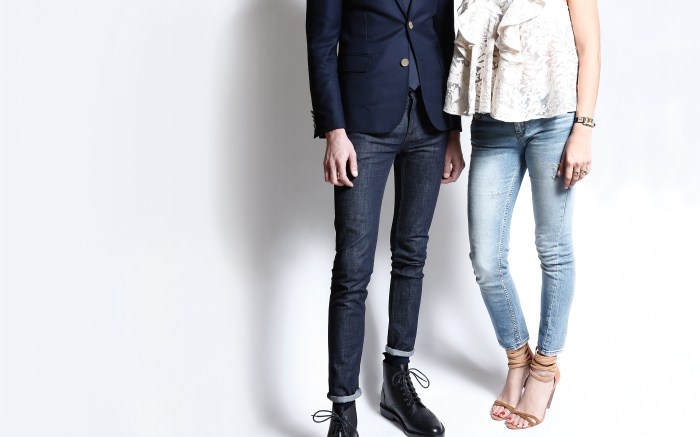 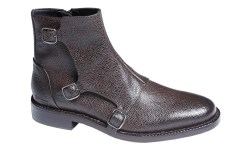 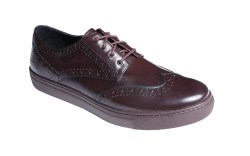 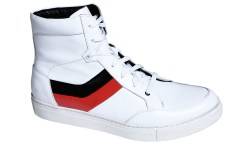 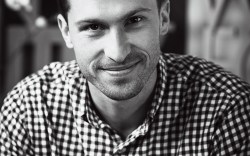 Uri Minkoff was sightseeing from a taxicab in Tokyo, Japan, when inspiration struck.

“I love the risk-taking [in Japan] in terms of color. The businessmen will wear black and white, but there will be color that shoots off from somewhere,” said Minkoff, CEO and co-founder of Rebecca Minkoff and Ben Minkoff. “Even the cabs have this amazing black, green and gold combination.”

That experience translated into a new venture for the brand, which is launching a collection of men’s shoes for fall ’15. The footwear, produced in Brazil and Asia, takes a cue from minimalist Scandinavian silhouettes, fusing them with vibrant, Japanese-inspired color pops.

“I’m excited to see the Ben Minkoff brand grow under Uri’s creative direction. He has a clear vision for the man that he is designing for, and that clarity really comes through with the new shoe line,” said Rebecca Minkoff, co-founder and creative director of her eponymous brand.

Though pricing isn’t yet finalized for the new collection, Minkoff hopes to land within the contemporary marketplace, with styles ranging from $150 to $375. “We call it the three-second rule,” said Uri Minkoff. “The guy has to go, ‘oh yeah, I can do that,’ and not wait for it to go on sale before buying it.”

The edited offering of men’s shoes includes two core groups: low- and high-top dressy sneakers — Minkoff is considering coining it the “dreaker” — as well as classic dress styles, from lace-up boots to brogues.

While the silhouettes play it safe, the Tokyo influence is seen in the colored zipper tracks, done in vibrant reds and blues — something the bags have always featured. “What I love is that the

shoes are a natural extension of the aesthetic of the handbags,” said Rebecca Minkoff. “We’ve seen this wonderful crossover of women wanting the Ben Minkoff bags, and I think a lot of women [with larger feet] will like the [men’s] shoes, too.”

Launched in 2011, Ben Minkoff emerged under the Rebecca Minkoff umbrella as a men’s leather-goods brand, including bags and wallets. Since then, the brand has expanded its product

Next up, the brand plans to launch a men’s e-commerce website in the spring (it currently operates through Rebecca Minkoff’s platform), where Uri will appear as the face behind the collection. “There’s been a call out [for me] to emerge forward, so I think we’re starting the process,” said the exec, who until now has been more behind-the-scenes at the company.

For Uri, the key to success in the booming — and increasingly competitive — men’s market is product differentiation.

“With the women’s market, there’s an expectation of volume and a variety of choices,” he said. “With men’s, there’s been more of an understanding that it’s not about volume — it’s focused on the finer details and elements.”

a balance between the two extremes to stay afloat — something Minkoff has tried to navigate.

“I want our brand to sit in that midpoint,” said Uri Minkoff. “I don’t think we’re ever going to be the most fashion-forward brand, but we’re never going to be super-conservative either.”

Talking points: Insiders sound off on opportunities for the brand.

Eric Jennings
VP and fashion director of menswear, Saks Fifth Avenue
“Breaking into men’s shoes is an exciting proposition for Uri.
The shoe business has grown tremendously in the last three years, and many men now start their wardrobe with their shoes. The landscape is extremely competitive, however. Not only must his designs have a distinct point of view, but the fit and comfort must be spot on in order to succeed.”

Healey Cypher
Head of retail innovation, eBay Inc.
“The Rebecca Minkoff store (powered by eBay’s Retail Innovation team) is truly a blending of in-store and online. From a mirrored-touch wall in the entrance to the magic fitting rooms to the connected associates, it is how we envision the future.”

Danny Schwartz
CEO, Schwartz and Benjamin
“Our Rebecca Minkoff footwear business has experienced high double-digit growth over the last few years. We are working diligently with their team to further develop this business each season. The expansion into men’s is very exciting.”

Patrick Janelle
Blogger, A Guy Named Patrick
“While the Ben Minkoff brand honors tradition and heritage, it is not afraid to make bold, modern statements. It represents a fusion of the past and present, and I love that.”

Retail Agenda
As both the Rebecca Minkoff and Ben Minkoff brands continue to gain momentum, the company is charging ahead with an aggressive retail expansion — and they’re doing it in an innovative way.

“2014 was a big year of growth for the brand. We opened our New York City flagship and our store in San Francisco on Fillmore Street,” said Rebecca Minkoff, who just last week announced plans to debut an athleisure line.

The company already counts 10 stores in Japan and recently opened locations in San Francisco and New York, both of which have separate Ben Minkoff spaces.

Now, the brother-sister duo has a slew of new stores lined up — all with a huge tech focus, thanks to a new partnership with eBay Inc.

The companies made a big statement with their Big Apple flagship, where consumers are greeted by “smart walls” when they walk into the store. The touch screens allow shoppers to order complimentary beverages and select the items they will later try on.

Tech-savvy fitting rooms read the tags on the pieces customers bring in and automatically update a digital shopping cart on the fitting-room mirror. Shoppers can select a new size (which will then be delivered to the room), call a stylist or find matching pieces.

Besides the cool in-store experience, a new app gives users 24/7 access to their accounts and the designer’s world.

Looking ahead, the brand plans to open a Los Angeles location in April, a Hong Kong store in March, and two additional to-be-determined doors as well.

And Ben Minkoff-only stores are something the duo has on their radar for the near future. “The opportunity is huge,” said Rebecca Minkoff.