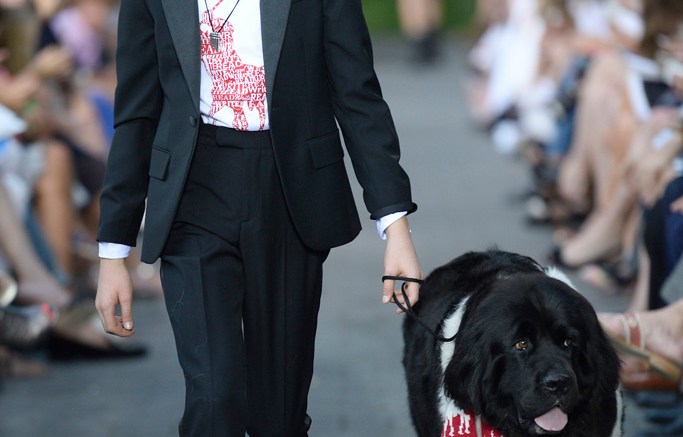 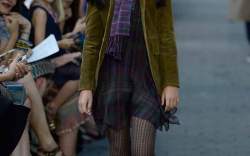 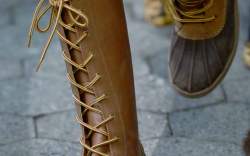 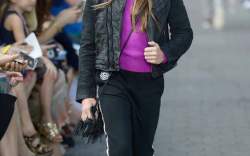 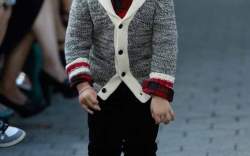 For Ralph Lauren, it’s more fun to never grow up. The designer presented his kids’ collection Wednesday night at the Central Park Zoo in New York City to coincide with the upcoming movie “Pan,” the newest take on Disney’s classic “Peter Pan.”

The pint-sized models wore a range of shoe styles, including boots with a buckle closure across the vamp, high-top sneakers in glitter and plaid, cheetah-print flats, motorcycle boots and knee-high duck boots. Some of the kids wore Peter Pan’s signature tri-corner hat as a cheeky nod to the movie.

In addition to Miller, “Pan” has a stacked cast that includes Cara Delevingne, Amanda Seyfried, Hugh Jackman and Rooney Mara. The movie hits theaters Oct. 9. The collection is available on RalphLauren.com.

Click through the gallery to see looks from the show.