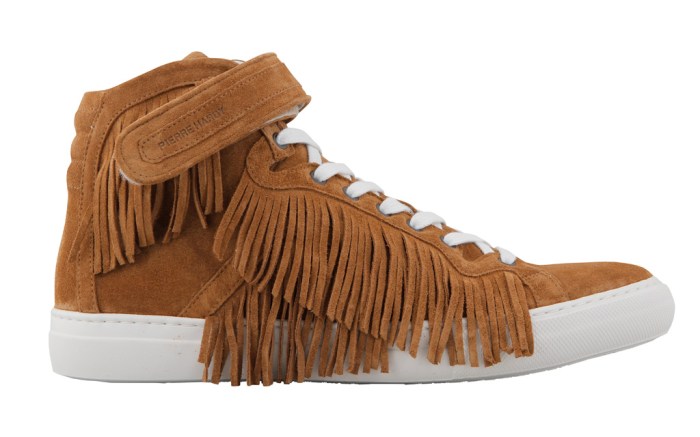 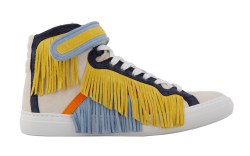 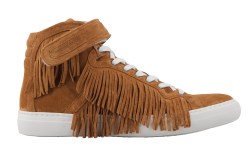 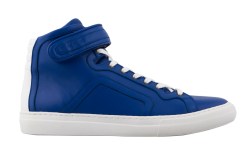 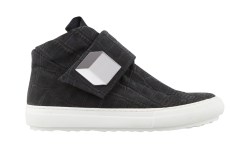 Pierre Hardy is having a little bit of fun for spring ’16. Never one to shy away from a little design experimentation, the designer offered a number of playful, eye-catching shoes for his latest men’s collection.

The “Rodeo” high-top sneaker comes in a suede, multi-tiered fringe finish, falling in line with the season’s “New Western” trend seen in many designers’ footwear collections. And if that wasn’t enough, Hardy took it one step further by doing the same style in a multicolor finish.

As for the designer’s most experimental style, wrap-tie espadrilles were done with graphic printed uppers. Will men soon be embracing the same lace-up, leggy looks that were oh-so prevalent in womenswear?

For a closer look at styles from Pierre Hardy’s spring ’16 men’s collection, click through the gallery.