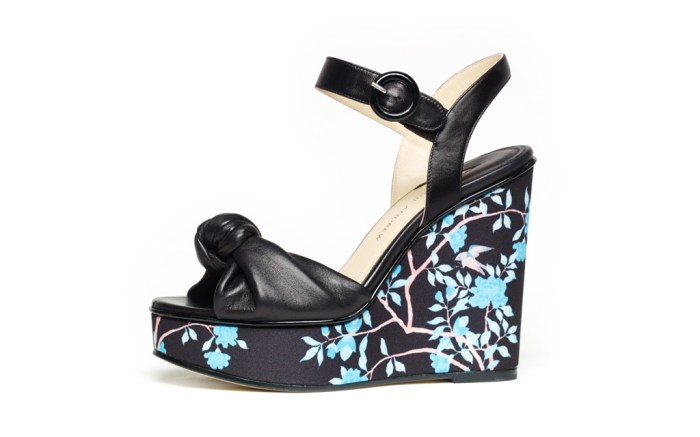 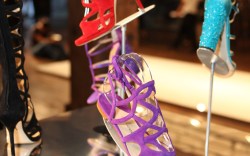 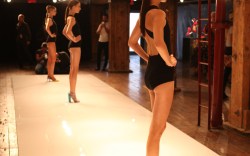 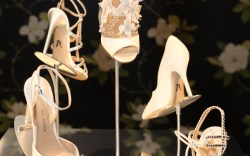 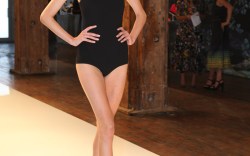 Paul Andrew regularly runs marathons when he travels to Paris. Though the designer is sitting this weekend’s race out, he’s certainly not slowing down.

Fresh off a plane, Andrew held court on Saturday at the chic Notré Dame apartment he shows out of in Paris— and told us why Hong Kong was such an inspiration for this season. Plus, he reveals plans for e-commerce — and possibly his own store.

I know you’re focused on Paris this week, but you recently had a major presentation in New York. Tell us a bit about your vision for that event.

Hong Kong is this incredible collision of culture — Asian and British. One side of the space was this wallpaper from Hong Kong. On the other side was this hand-printed fabric from Sanderson because my father was the upholsterer for the Queen. I had a pedestal with shoes on either side of the space and the runway down the middle. When I was in Hong Kong with Lane Crawford, they took me to several vintage stores. One of them was in this Hong Kong warehouse and the presentation space [formerly club “The Tunnel”] felt like that.

How would you rate your business at retail right now?

It feels like we’re at a real turning point. The sell-throughs are strong, the retailers are coming back and reordering with much bigger assortments and opening more doors. China, especially, we’re doing really well with Lane Crawford and On Pedder.

We’ve seen a lot of retailers open their own stores recently. Are you thinking about making it that move?

I feel like I could be ready for that soon. The sell-throughs are strong and the retailers are asking me about doing it because it only helps them. It also shows I’m in it and it’s investment I’m willing it work. Starting e-commerce is something I should do. That’s one thing my CFDA Vogue/Fashion Fund mentor Tory Burch is really hot on at the moment.

What has it been like to work with Tory?

She has a very specific point of view, which I love and it’s been helpful on the business side working with her team. There are so many stupid things you have to worry about. When you ship a shoe out of Italy into Europe, you have to pay the VAT. Given that I’m an American, I should be able to recoup that. But everyone has to deal with that.