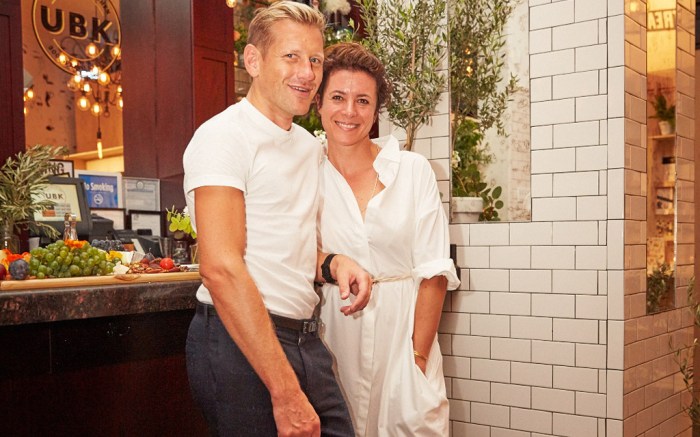 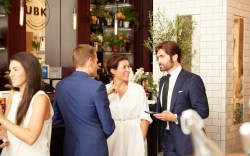 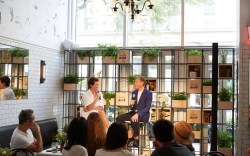 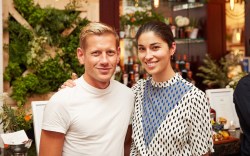 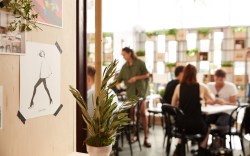 The event was held at Doré’s “Cointreau pop-up cafe,” which is taking shop in Union Bar & Kitchen until Friday, September 11. The two chatted about how Andrew got his start in footwear, as well as key points he lives by while running his business.

Below, Andrew sounds off on shoes, signature style, and nailing fit.

On launching his label: “It was in 2012. I had worked at Narciso Rodriguez, Calvin Klein, Donna Karan. We were in a moment where shoes were so heavy and clunky. My personal preference for women’s shoes is something more feminine and refined, and I felt like that moment was going to make a turn, and that it was going to be my time.”

On his signature style: “I knew I had to come up with a silhouette that would become recognized instantaneously. One of the first shoes I designed was a pump called the Zenadia. It had sort of a wing detail on the front, and is still one of my best-selling shoes three years later.”

On quality: “There’s so much competition out there. You go to Bergdorf Goodman, Saks, Barneys—there’s a sea of footwear. You can go to H&M and Zara and buy a perfectly fabulous black or white dress, and look great in it. But you cannot fake an expensive pair of shoes.”

On nailing fit: “With clothing, you can bring it to a tailor or have the hem altered. But you can’t change how narrow or wide your feet are.”

On a style you’ll never see in his collection: “Cowboy boots. But I never say never!”

For images from the event, click through the gallery.