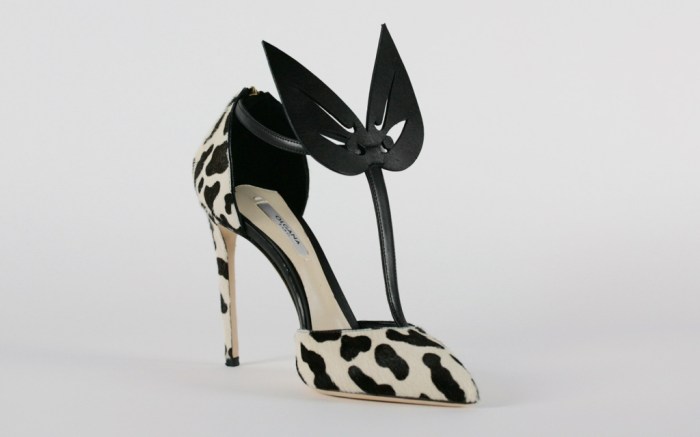 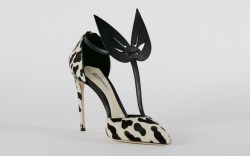 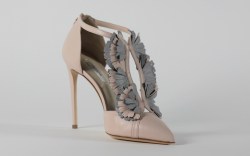 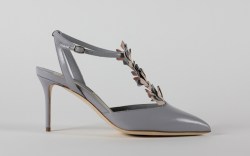 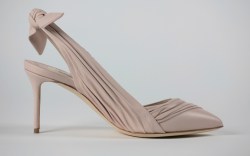 For Olgana Paris, it’s all about the details. Designer Olgana Djanguirov — who is on several buyers’ lists as a name to watch — continued to broaden her assortment with spring 2016.

From embellished evening styles to her La Masque T-bar pump in black leather and pony hair, Olgana Paris has plenty of statement styles for the new season. The designer’s favorite? “Le Masque (see above) because it is both classical and wild. It is a timeless model but modern style, like the women of today.”

But Djanguirov also is offering a plethora of pretty mid-heels and flats, mirroring a broader trend in the luxury market. While many high-end designers were slow to embrace lower heel heights early in their careers, it’s a smart move for Djanguirov to include so many wearable styles alongside her ‘wow’ pieces.

“We like her approach to evening and cocktail-shoe dressing, which is very romantic,” said Tomoko Ogura, senior fashion director at Barneys New York.

In addition to Barneys, the label is stocked at Montaigne Market, Dover Street Market, MatchesFashion.com, Level Shoe District in Dubai, Moda Operandi, 4Kuwait and Hirshleifers, among others. All told, Olgana is sold in 15 countries globally.

Djanguirov, a former art dealer who studied at L’École du Louvre, told FN earlier this year that she is passionate about “Made in Italy” footwear and the history of Italian shoemaking.

“The spring collection remains faithful to the main principles of Olgana Paris which are femininity, elegance and timelessness,” the designer said. “But we have reached a new horizon: bringing out the feline side of women. All the models of this collection are still timeless and contemporary but with a twist of eccentricity, especially in the colors.”

Click through the gallery to see highlights from Olgana Paris’ spring ’16 shoe collection.