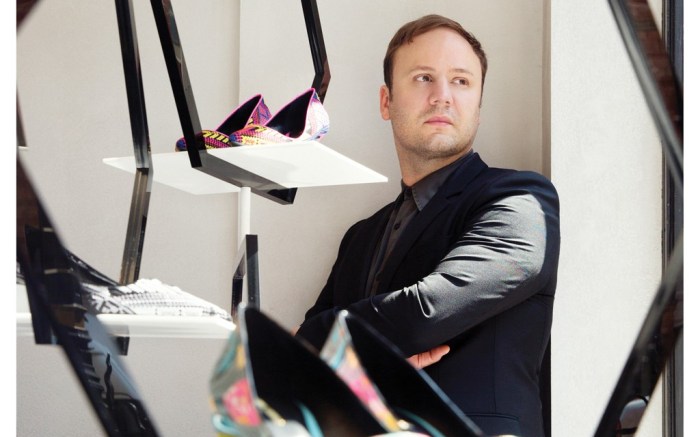 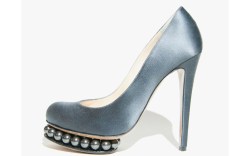 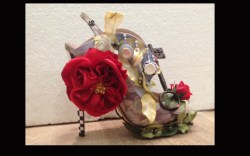 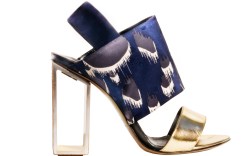 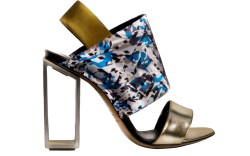 For Nicholas Kirkwood, it’s been a wild ride — and FN has been there since the designer’s very first days on the scene in 2005.

After launching his namesake collection, Kirkwood immediately became known for his inventive, memorable shoes and was lauded as one of footwear’s fastest rising stars. Over the years, he also has produced imaginative runway styles for Rodarte, Peter Pilotto, Erdem, Suno, Prabal Gurung and many more. Remember the much-talked-about Keith Haring collaboration?

Just two years ago, the luxury designer made his biggest move yet when he inked an acquisition deal with LVMH, and the team has been working hard to take his business to the next level.

Before he unveils his newest designs, we wanted to look back at some of the designer’s key moments. Read on for 10 years of Kirkwood quotes in FN, and click through the gallery for a decade of hot shoes.

“Shoes are mini buildings. The components have to match up, but also, the science has to match up. It’s a little space, and to be able to do what’s creative, with having restrictions in heel heights … you’ve got to work with it and see what you can come up with. When you finish a collection, you have this relief. You’ve actually created something and then you can guess what someone’s reaction will be.”

“I want my shoes to be instantly recognizable — without having someone to check the label to see that it is by me. I don’t want to remain too niche, but I’m not interested in betraying my design philosophy just to flog a few more shoes.”

“[I want to] create just for the love of doing it,” he said. “To have something that’s unique and not for commercial purposes at all. It keeps my spirit alive.”

“I am trying to make my collection a little bit bigger with a few more SKUs. I also am going to make it more complicated and [introduce] different patterns and shapes. We have a new heel that’s a totally new shape. I’ve done a 110-millimeter heel without a platform because platforms are so overused and now shoes look so low without them. I wanted to add in some simple shoes, including a pump and a slingback, to cut out more of that middle ground.”

December 2008, when Kirkwood won his first FNAA for Designer of the Year

“So far, we’ve been following the business’s natural speed, but now, it’s time to take risks to grow.”

“My customer is looking for more niche product and a point of difference. My more particular pieces are doing quite well at the moment. … Right now is a time to focus on your brand image and realize what your niche is. I have stripped my collection of all basics.”

“True luxury has always been based on artisanal craftsmanship, integrity, transparency and focus of product and brand vision. [Today], the line has been blurred. A few years ago, [some companies thought] luxury couldbe based on gimmicks and marketing. But the consumer is smarter now. Putting a big brand name on an inferior product is less likely to fool consumers and will ultimately deteriorate the perception of a brand.”

“I don’t want to be the next anybody. I’m happy for Christian, and it’s amazing that someone in the luxury shoe business can be that big. He’s the No. 1 brand in every single store you go into. The last time that sort of thing happened, in terms of someone dominating in that way, was probably with Ferragamo. So yes, it would be great to aim at someone like Louboutin, but I don’t want to be the next Louboutin. I need to do this my own way.”

November 2011, when he won his second FNAA designer of the year award

“My No. 1 piece of advice for fellow young designers is to try not to do it all yourself. At the beginning, it can be quite lonely. You’re invoicing, doing the sales, calling customers. It’s hard to stand back and know whether you’re doing the right thing. To have someone to talk things through with, that’s extremely important.”

December 2012, on his protégé, Sophia Webster, after she launched her own collection

“She has a unique way of looking at things. There is a maturity and complexity in her designs, but they are still youthful.”

December 2013, on his Victoria Secret collaboration

“Unlike designing my own collections, I already have the inspiration there for me with the themes being set. This season we had Parisian Nights, Birds of Paradise and British Invasion. My favorite is Sui He. For her I kept it understated and elegant with the Snow Angel laser-cut sandal.”

“For so long, we were almost like a family-run business with one person often doing five jobs. We needed to transition into a more structured organization,” Kirkwood said. “Of course, that process has its teething problems as well. But ultimately, it’s going to be good. A lot of things are starting to come together.”

“Sometimes I look back and it seems like forever ago when I started. Other times, it seems like it’s gone quite quickly. I remember when I had my first studio in the days when I was walking a mile to save a pound for the bus.”

Click through the gallery below to explore Kirkwood’s standout shoe moments.