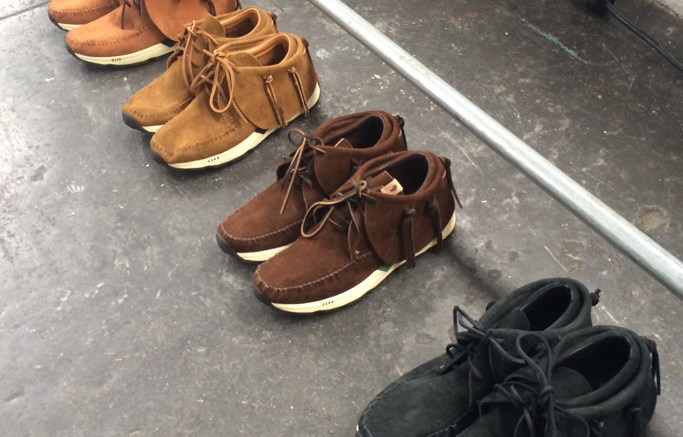 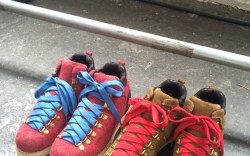 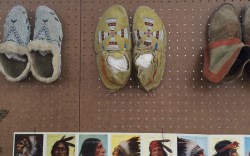 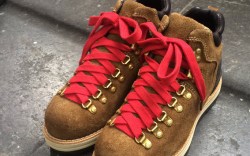 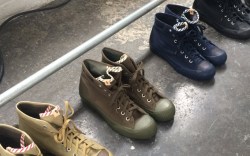 Though Hiroki Nakamura’s Visvim is a brand much associated with the East, the founder had an unlikely inspiration for the spring ’16 season: the wild, wild West.

Visvim’s latest collection, debuted on the second day of New York Fashion Week, featured men’s and women’s shoes inspired by First Nations motifs—an often tricky point of reference given cultural appropriation. Yet here, Nakamura was more so inspired by the culture’s inception of the suede moccasin.

“I’ve been collecting old moccasins for a long time. We buy them from my friends’ archives, antique stores, flea markets,” said Nakamura, who is based in Japan but produces his shoes in China. “The moccasins had color rubbed in by hand, so I took that technique and thought, let’s use dye and add it by hand into the leather.”

The inspiration resulted in different treatments of deerskin leather, some hand-embroidered. A Chinese cobbler was also onsite at the presentation hand-making the styles, which further reinforced Nakamura’s crafted (and highly-priced) approach to footwear. “For us, it’s important to design from a process,” he said.

One can especially see how the First Nations moccasin has inspired Visvim’s now-signature FBT style, which is a suede moccasin-meets-ankle boot. New styles for the season included women’s heeled sandals, as well as men’s running shoes.

“I’ve never done running shoes,” said Nakamura. “I was so into 80s running shoes when I was eighteen. One of my suppliers who produces our shoes, he was making sneakers in Taiwan in the 80s, so I said, let’s make our own version.”

For more images from Visvim’s spring ’16 collection, click through the gallery.