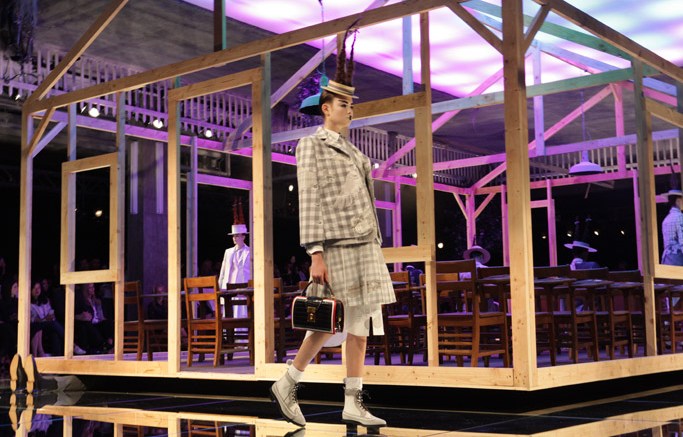 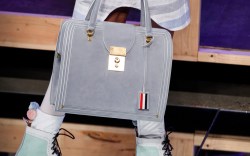 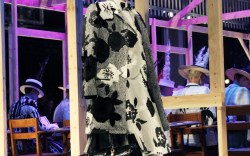 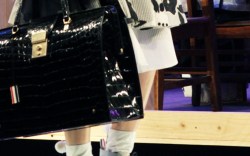 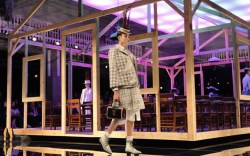 Thom Browne’s class was in session this New York Fashion Week. The designer offered an eerie classroom setting for his spring ’16 collection, filled with avant-garde twists on prep-school attire, from pleated school-uniform skirts to boxy blazers.

The set included a house made of wooden planks, where models would go inside and sit at desks after walking around the square-shaped runway. The musical score from the movie “Kill Bill” played in the background, which proved a fitting tie-in to Browne’s geisha-inspired footwear this season — a style he also explored in his men’s spring ’16 show.

Laceup and Chelsea boots — in pastel leathers — were given Geta-style soles, with two black blocks offering extra platform height. Knee-high stockings, or ankle socks with two pom-poms in the back, were worn with the shoes.

Considering that the models walked at a molasses pace, one did wonder: Was Browne was going for dramatic effect, or were the flatforms just difficult to walk in?

Whatever the case, the designer’s ode to traditional Japanese culture seemed appropriate, given Browne’s extremely loyal customers in the Japanese market. (They also happened to make up a large portion of the audience.)

For a look at Thom Browne’s spring ’16 shoes, click through the gallery.