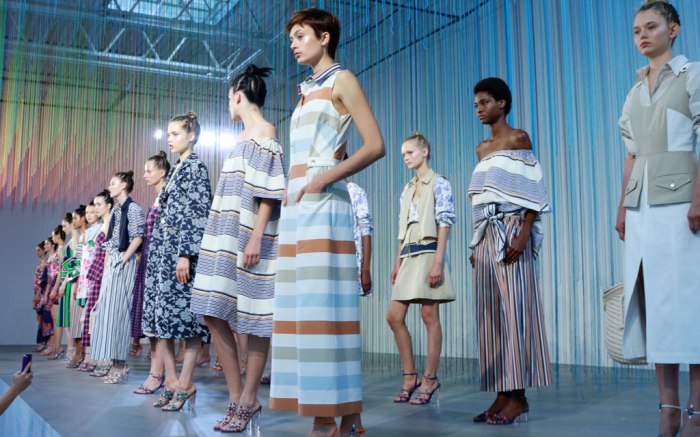 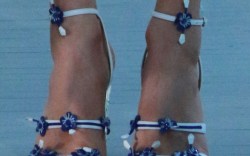 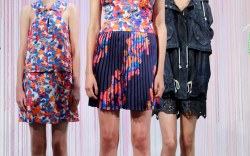 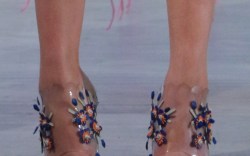 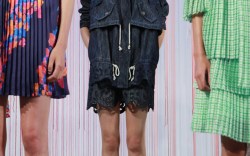 Mimicking Taylor’s use of graphic floral prints mixed with colorful stripes, the shoes by Andrew featured floral appliqué work used on strappy sandals and mules. The clear, lucite heels varied in height, with some having twig flowers suspended in them.

Later this week, Andrew will also present his own spring ’16 footwear collection. The designer unveiled an exclusive sketch to Footwear News, previewing the “Flora” lucite-heel sandal (a similar style seen in his collaboration with Taylor).

“This season I took inspiration from the city of Hong Kong. I was there for the first time earlier this year and fell in love with the city,” said Andrew. “The weather was frigid at the time, and this style depicts cherry blossoms at the Kwan Kung Pavilion breaking through the snow. My leather petals are hand-cut in icy, metallic specchio and saffiano that branch around the foot. “

For a closer look at the Paul Andrew for Tanya Taylor shoes, click through the gallery.