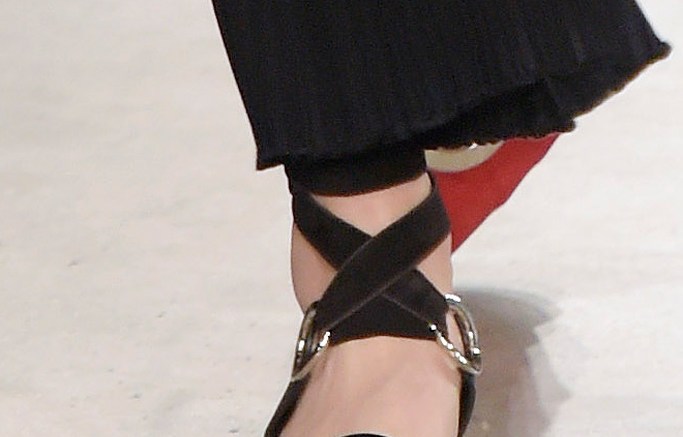 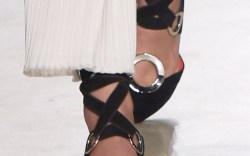 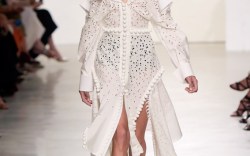 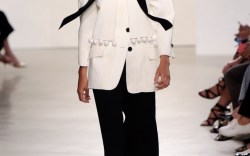 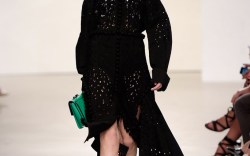 The footwear was less edgy and more refined than previous collections: pointy, block-heeled pumps had ribbon ankle ties, as well as the brand’s signature oversized silver eyelets. Certain ties were braided and twisted in a crisscross formation.

Compared with the brand’s fall ’15 woven mules, this season’s styles were less attention-grabbing and served as more of a complementary accent to the clothing. Still, the shoes had those cool, downtown-girl design details that have enabled Proenza Schouler to thrive, such as mirrored glass heels.

Especially in the coral suede colorways, the sensible footwear — goodbye, aching stilettos! — made for a refreshing addition to the season. An appealing combination of old and new, retro and modern — much like the collection itself.

For a look at Proenza Schouler’s spring shoes, click through the gallery.