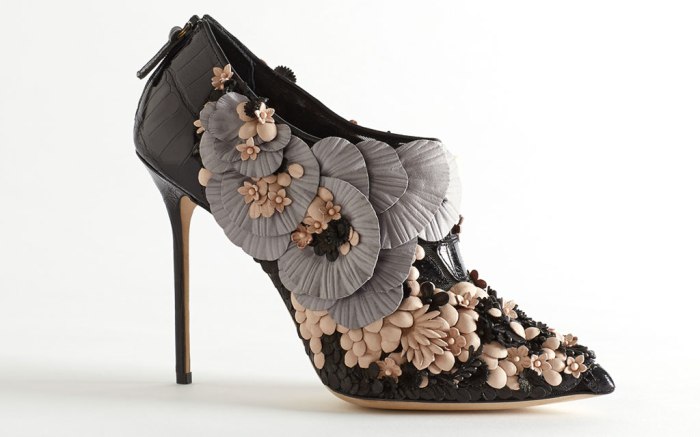 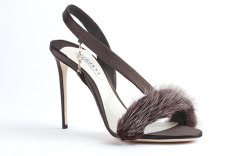 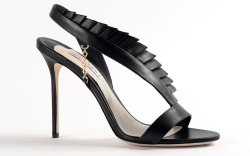 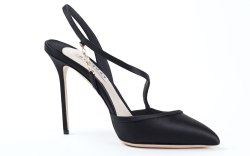 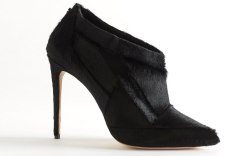 While she quietly launched her collection — Olgana Paris — last year, the designer has gained momentum for fall ’15.

The luxury line, which features intricate details and Italian craftmanship, has been picked up by several notable retailers. It will be stocked by Barneys New York, London-based Matches, Yoox’s Shoescribe, Montaigne Market, Dover Street Market, Hirshleifers and Maxfield.

During a recent preview in Paris, the designer said she aims to make high-quality, timeless designs. “I am really in love with the history of ‘Made in Italy,'” she said.

Djanguirov was one of the few new names to make a splash in Paris this season. In Milan, Giannico — launched by 19-year-old Nicoló Beretta — was cited as a standout. But overall, several retailers noted that there was a lack of emerging talent during fashion month.

Meanwhile, rising stars like Paul Andrew and Aquazzura’s Edgardo Osorio continue to generate major buzz as they build their businesses.

Click through the gallery to see highlights from the Olgana Paris’ fall ’15 collection.