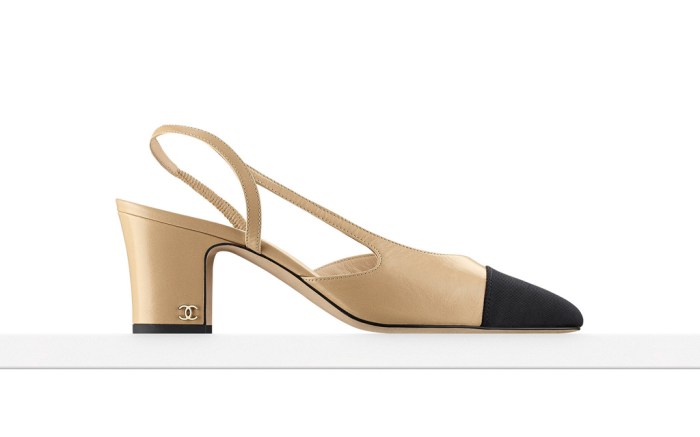 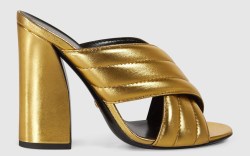 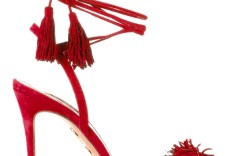 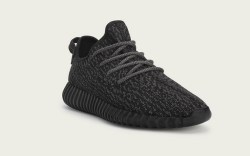 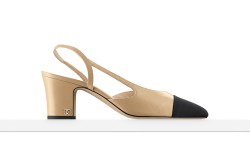 Let 2015 be known as the year it became not just socially acceptable to give people the up-and-down, but common practice. Indeed, this year had so many standout shoes that it was hard not to notice someone’s footwear first. And foremost.

At the most recent spring ’16 international Fashion Weeks in New York, London, Milan and Paris, the ubiquitous “it” shoes of the season were a retelling of the most classic of classics: Gucci horsebit loafers (fashioned as kangaroo fur-lined mules) and Chanel’s original 1950s prim block-heel slingbacks. Sexy shoes these are not, but the sea change this year was that a certain snappiness was preferred over pure sex appeal.

Of course, sizzle still had its place, albeit with a ramped-up, creative irreverence, such as Aquazzura’s Wild Thing heels, with their burst of pom-pom fringe, or Paul Andrew’s artful Chrysler boots, with Art Deco heels and a beaded cityscape that were even more impressive than the skyscraper-leg effect they gave his models.

And when it comes to a forever flattering, basic-but-never-boring sandal, Alexandre Birman’s chic bow-tied Clarita takes the cake. It was a nice switchup from Stuart Weitzman’s Nudist, the hit shoe of 2014. This year, Weitzman won considerable points for its hard-to-miss (or not covet) Highland boots, which every celebrity of note seemed to be snapped wearing at some point.

Even the most diehard stiletto-head dipped into the sneaker game this season. And how could she not? From reissued Adidas Superstars to Yeezy’s multiple releases (the year’s hardest-to-get kick and also the FN Achievement Awards’ Shoe of the Year) to Nike’s influential Flyknit innovation and Valentino’s luxe update on the white court shoe, athleisure prevailed like never before.

But in any well-rounded shoe closet, there’s always room for a few surprises.

Click through the gallery to see the 22 shoes that had breakout moments in 2015.