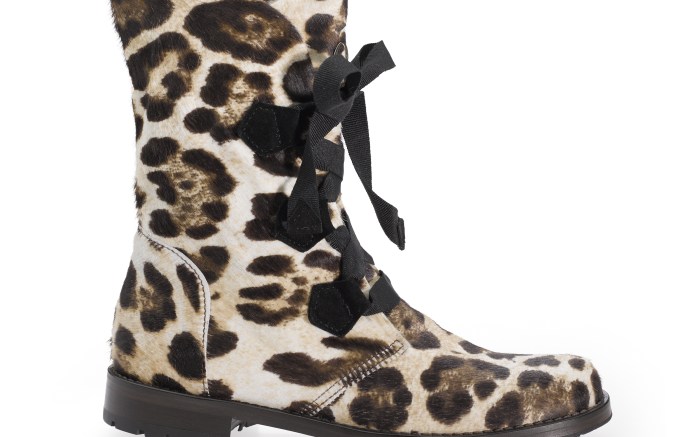 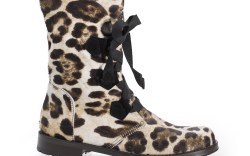 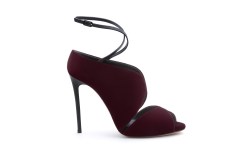 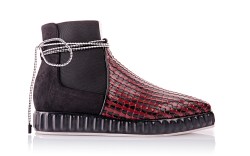 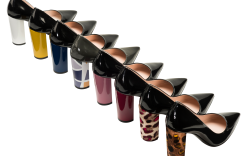 This season, the presentations in Milan offered an uncommon mix of established names and emerging talents.

Big brands like Giuseppe Zanotti and Sergio Rossi (who collaborated with Italian/Brazilian fashion plate Bianca Brandolini D’Adda on an all-black lineup) impressed with their characteristically lavish parties and equally luxurious footwear on display — think extreme mules and cuissardes covered in crystal, embroidered lace, or both.

But it was encouraging to see rising names such as Daniele Michetti (who also consults for some big brands), Giorgia Caovilla of O Jour (and the Caovilla footwear family, but very much establishing her own identity with a knack for boots and heels for day) and accessory veteran-turned-chic-sandalmaker Álvaro González show confident collections. Newer young designers, including former architect Charline de Luca, Kuwait-bred Najeeb Hyatt of charming cartoon-whimsical label Liudmila, customizable-loafer and bookmaker CB Made in Italy’s Cecilia Bringheli and 19-year old wünderkind Nicolò Beretta of Giannico also showed exciting promise and, to their credit, unique offerings.

Revamped brand Bally had another strong season under the creative direction of Pablo Coppola, who has a a talent for twisting staid house codes into decidedly fresh propositions. Bally’s fall ’15 palette and mood took cues from Wes Andersons films such as “The Royal Tenenbaums,” which translated to slingback loafers and square-toe boots.

Designers continued to play with increasingly rich fabrications, from snowy sheared mink and velvet styles at Casadei to fur and crocodile pumps at Santoni and curvy python booties at Jimmy Choo. The appetite for extravagance, and thankfully, individual points of view, versus sweeping trends, was one of the overarching takeaways of the season.

It’s interesting, then, that Gianvito Rossi was the strongest collection shown in Milan.

The designer went the other way, forgoing overt material indulgences (though a lace-and-fringe grouping displayed plenty of showmanship) and instead focusing first and foremost on form and perfected shapes in his signature restricted palette. That takes real discipline. It was a lesson in how stripping back can often offer so much more: innately desirable, seductive and incredibly wearable footwear. A patent low-heel over-the-knee boot, a suede lace-up block heel that would compliment the season’s ’70s dresses and crisscross pumps — these were the types of shoes that actually fill wardrobe holes. And isn’t that the ultimate goal?