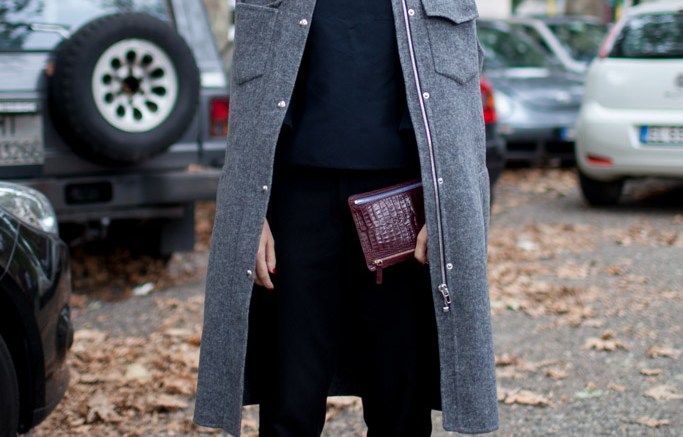 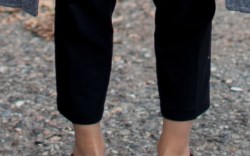 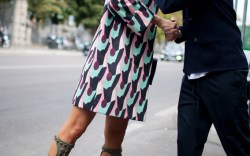 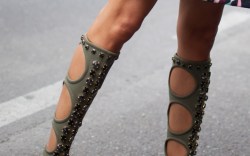 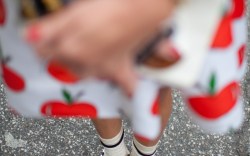 Now that the trendy showgoers have officially moved on to Paris Fashion Week, we’re looking at the top street style moments — specifically, the standout footwear — from Milan.

Street style stars were not afraid to make a statement with their shoes this season. The flatform silhouette made an appearance on several guests’ feet, including Marni’s crisscross sandals — a signature style for the Italian brand. Stella McCartney’s wooden-midsole flatform also showed up, dressed down with a flowing skirt.

Gucci’s fur-lined mule loafers — a style that initially caused a stir when it was shown on the men’s fall ’15 runway — has indeed taken off in the women’s market. Several people were snapped wearing the cozy style, which also proved to be popular during London Fashion Week. While on the topic of fur, we spotted someone wearing fur-lined Birkenstock sandals (a DIY take on the Celine shoes from spring ’13?).

For the 10 best street style moments in Milan, click through the gallery.

To read more of FN’s Milan fashion coverage, see below:

The Top 20 Shoes From The Milan Fashion Week Runways