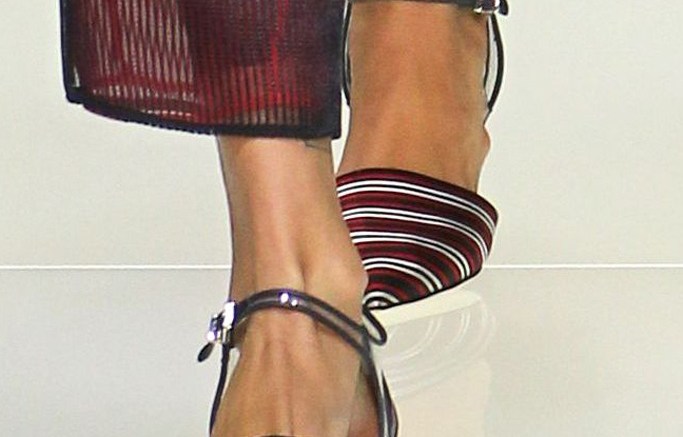 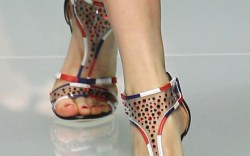 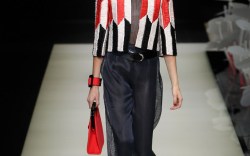 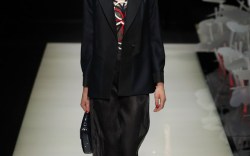 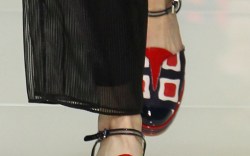 For spring, Giorgio Armani appeared to be in a vacation state of mind. The designer’s latest collection, shown during Milan Fashion Week, brought to mind beach-party movies, a 1960s film subgenre focusing on all things chicly nautical — yet the look was elevated here, with new twists on the classic Breton stripe (not to mention oversized sun hats).

The shoes took cues from the essential espadrille silhouette, but updated in patent leather. A clog-like sole replaced the classic roping of an espadrille, with three ropes glued around the midsole — a sort of ode to its original inspiration. The ankle strap, meanwhile, was done in a clear PVC.

The high-shine look was carried into the heels as well. Patent pumps had the same PVC ankle straps, while some of the heels were striped. Different variations of white, blue and red — whether color-blocked or printed — were carried throughout the footwear. Call it Americana, but with a more nostalgic approach.