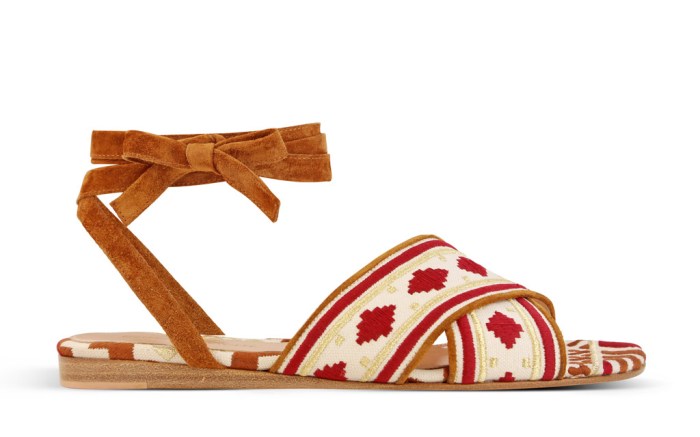 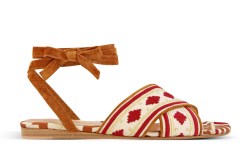 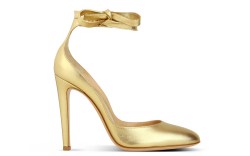 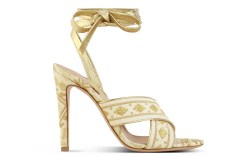 “This is new heel I developed,” said Gianvito Rossi, showing off the stiletto in question, a crisscross affair. To the naked eye, it was a challenge to see what exactly was new here. They looked very similar to his signature finely tuned styles. But that’s where one would be getting Rossi all wrong. This is a man who makes the most minute changes — in this case “4 millimeters” so as to not disrupt his precise, perfected shoe lasts. Another striking “new” change involved the slight lowering of the vamp on the outside of a pump to reveal the foot equivalent of side cleavage. Again, Rossi doesn’t have to do much to make an impact.

Like his proportion changes, Rossi’s themes are also always very subtle and require gathering insight from him directly.

He told Footwear News that one inspiration for the season was a Navaho influence, executed by taking a tapestry and recoloring it white and gold for use on wedges and other ankle-wrap stilettos — a detail that appeared many times in the collection. “I find this idea of something softly tied around the ankle very sensual,” he said.

Given this, it would have been a nice touch to see Rossi’s footwear exhibited on models as opposed to just perched on pedestals. At this stage, and with his hype, it’s time to mix up the presentation format.

But there was newness on the technological front, with a stretch knit upper inspired by Rossi’s examination of sneakers. The style looked very comfortable and seemed like it could be his next big thing for the brand. The Geezy Boost, perhaps?

Click through the gallery to see more styles from Gianvito Rossi’s spring ’16 collection.