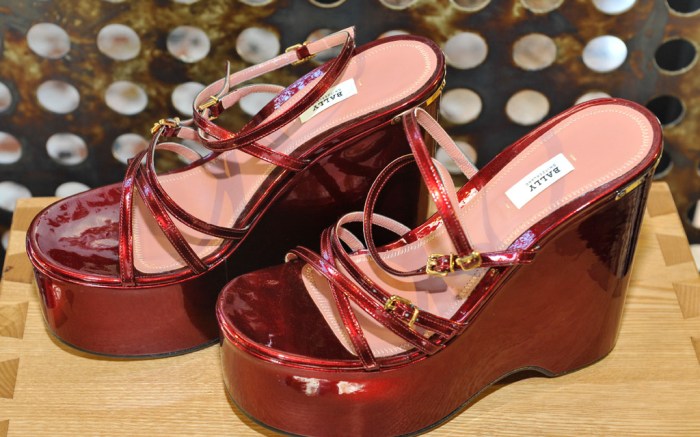 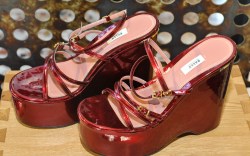 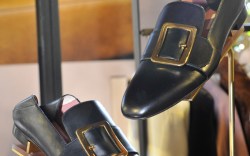 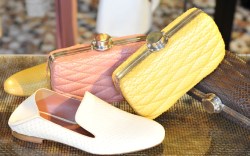 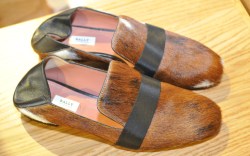 Pablo Coppola is one of footwear — and fashion’s — more inspired colorists. Since he became design director at Bally last year, he has helped breath fresh life and a new intelligentsia cool to the Swiss leather-goods mission, one evocative palette at a time.

Bally’s parent company, Labelux, also acquired handbag brand Zagliani recently, which provided Coppola with two important new elements   this season: Zigliani’s frescoed atelier as a grand preparation space and the company’s access to and experience with exotic skins. Now, Zigliani is a sourcing entity for Bally’s leather goods — or to hear Coppola tell it, his playground.

“I’ve never worked with such crocodile skins,” he said, walking to the back room, where there was a working-artisan display and leather ladders swathed in incredibly supple croco skins. “And they have every color you could ever want, which is great because customers often ask for special orders in unusual shades.”

Cast in uber-Milanese hues of rose, sage, tobacco and plaster yellow, the Palazzo Durini Caproni presentation space complemented the collection beautifully, which Coppola said was no coincidence. “Once I found out this space was available to us, I based the collection around it,” he said. “I mean, how could you not?”

But rather than blending in, the decor and coordinating footwear stood out. Bally’s classic loafer was reinvented as a Moroccan baboosh, with a collapsible heel piece for an ad hoc slipper effect. An extremely clunky platform wedge was balanced with fine upper strapping. But the pièce de resistance was a series of boots and sandals with Brancusi heels. They were good enough to have on permanent display on one’s coffee table or closet.