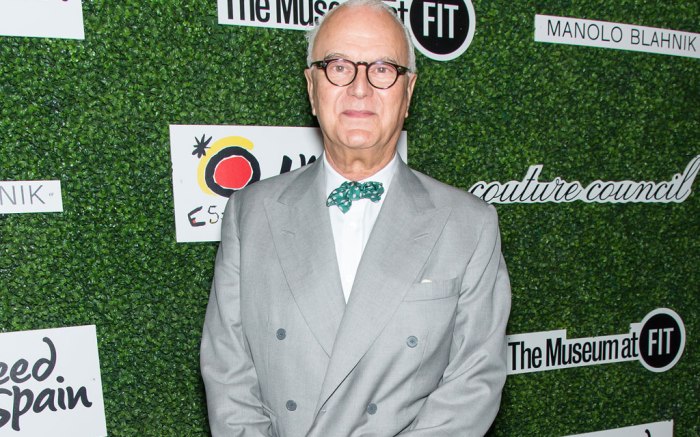 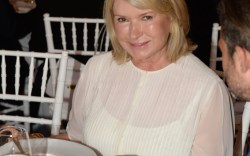 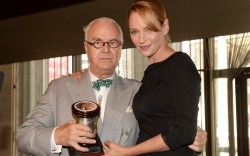 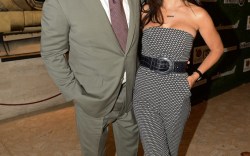 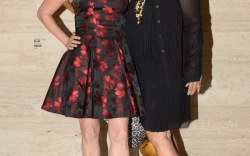 Manolo Blahnik has been a major part of the fashion scene for more than four decades now, and the legendary designer continues to sit stop one of the most famous luxury brands in the world. So it was fitting the London-based Blahnik was the first-ever footwear designer to receive FIT’s Couture Council Award for Artistry of Fashion at a luncheon today.

The event, held at the David H. Koch Theater at Lincoln Center, marked the unofficial start to New York Fashion Week, which will take over the city for the next week.

A large group of friends, retailers, celebrities, editors and FIT supporters — including Carolina Herrera, Alec and Hilaria Baldwin, Camila Alves, Petra Nemcova and Anna Wintour — were in the room to toast the designer, who kept his acceptance speech short and sweet.

“I’m not good at speaking in front of people,” Blahnik admitted on stage. “But it’s great to be in America, and New York is my favorite city, a city of my dreams. Thank you, thank you all.”

A few minutes earlier, actress Uma Thurman took the stage to introduce the shoe maestro. “He’s been with me every step of the way, literally,” Thurman joked. “No significant event in my life has not included him.”

Valerie Steele, the director and chief curator of The Museum at the Fashion Institute of Technology, told the crowd that Blahnik was the first footwear designer to become a “superstar.” “His shoes are the epitome of glamour, fashion and sex appeal, but what makes [his label] special is Manolo himself.”

Earlier on the red carpet, Blahnik admitted that he isn’t always comfortable in the spotlight. “It’s a big responsibility, and it’s quite frightening. Even after many many awards, I do get nervous,” he said.

The legendary designer also reflected on how much the industry has changed since he first started designing shoes more than four decades ago.

“When I started people did things because they loved it. Now, it’s always somebody behind pushing you to make money. This is a big change,” he said. “Money, of course, is important, but I never thought of doing something for the money. “The way I design is the same [as I always have]. I’m kind of a historic animal in the sense of how I work and the way I know how to work best.”

Does he ever think about retiring after all these years?

“I hate holidays. I don’t like breaks. I like work,” he exclaimed. “This is the only thing I love to do!”

Click through the gallery to see more from the event.