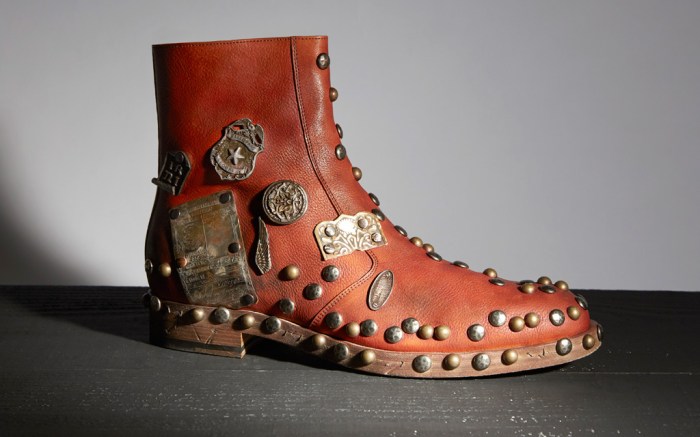 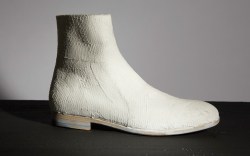 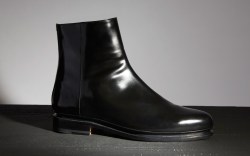 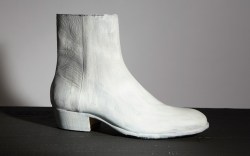 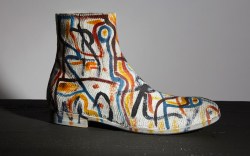 The footwear collection—designed under the creative direction of John Galliano and a collective team—features technical craftsmanship and raw, unfinished details, which mimicked the show’s industrial railroad yard setting.

Ankle boots and low-top sneakers were finished with a white paint treatment. The shoes, first coated with a layer of gauze and dried, had white paint applied overtop, making for a rougher, richer texture. One style took it even further with a multicolor graffiti print sprayed overtop.

The ready-to-wear also received similar jagged touches. Certain shirts were done in paper-like materials, and had the bottoms deliberately creased.

Other notable shoes in the collection included heavily-studded boots, which had metal embellishments in the shapes of mini Sheriff badges and wings. Crisscross sandals were done in two-tone colorways, in both solid and suede leathers (on the runway, they were even styled with a mini black sock, which covered only the toes).

To read more of FN’s spring ’16 coverage, see below: