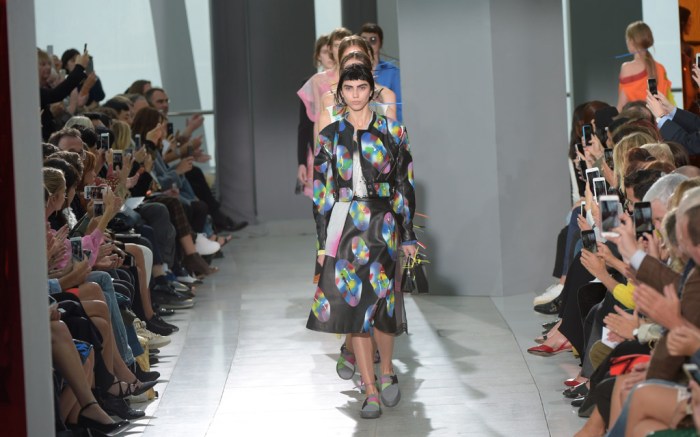 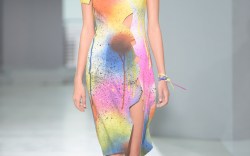 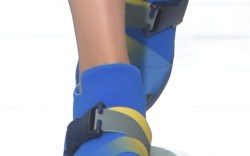 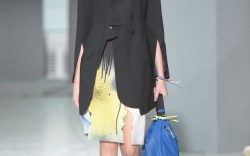 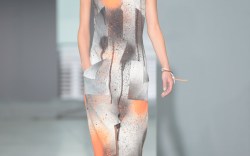 Known for his bold ready-to-wear and neon accessories, Christopher Kane did not disappoint with his colorful spring ’16 collection at London Fashion Week.

The show opened with Kane’s signature neoprene sneakers. The buckled styles were given a spring touch via color-blocking (think blues with yellows, pinks with oranges) and proved to be a logical continuation from fall. Kane also did patent heels this season, where the straps on the sandals were cut in a sort of zigzagged line.

Snakeskin-embossed ankle booties had pink PVC paneling on the front, while strappy sandals and creeper oxfords also used the plastic material as accents. The look was futuristic, but not blatantly so. On the other side of the spectrum, Kane also did Victorian-style shoes, including a black satin boot with white stitching.

Kane’s accessories collection is getting noticeably stronger since the designer received financial backing from Kering. Details like colored cable-ties around the ankles proved that even minor details are being sweated now.

To see Christopher Kane’s spring ’16 shoes, click through the gallery.

For more of FN’s London Fashion Week coverage, read on below:

Burberry Prorsum Goes Back To The 90s At LFW