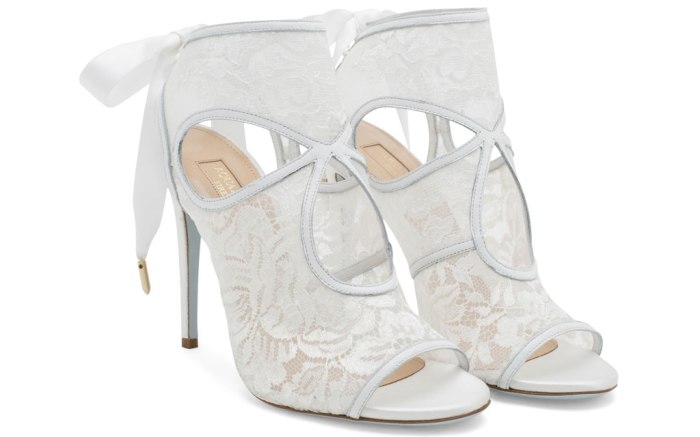 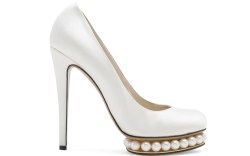 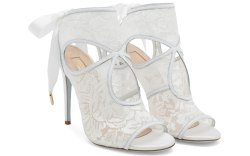 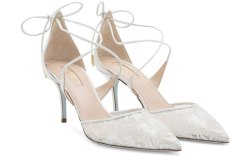 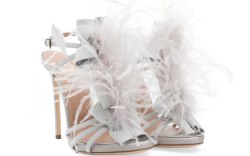 Hopefully, the June bride hasn’t found her wedding shoes just yet. Dubai-based retailer Level Shoe District has teamed up with eight of the buzziest footwear designers to create a bridal capsule collection due to hit the store next month.

Nicholas Kirkwood, Aennis Eunis, Sophia Webster, DSquared, Gianvito Rossi, Edgardo Osorio of Aquazzura, Paul Andrew and Rupert Sanderson are featured designers in the collection. They’ve each taken one of their signature silhouettes and reimagined them for the modern bride in 20 exclusive styles for Level.

“I know the dress normally takes precedence in bridal preparations, but perhaps it’s time for the shoes to stand out,” said designer Aennis Eunis, whose Noor shoe is included in the capsule. “I imagined if Cinderella were given the option, she would have definitely chosen this ‘mirrored’ shoe over glass.”

Among the line’s standouts is a special-order Nicholas Kirkwood Arabian Kaleidoscope sandal, which has 600 hand-shaped Arabian pearls applied to the sandal’s leather upper. It took a craftsman about 14 hours to apply the pearls to achieve the exquisite look.

“This Arabian Pearl Kaleidoscope sandal was taken from the spring/summer ’15 collection,” said Kirkwood. “With its graphic and pop spirit combined with the natural purity of the pearl, it gives the piece a new character. It’s designed for the adventurous woman — someone who wants to make their special day really special.”

There are details galore, from the Aquazzura baby-blue soles (“because every bride needs something blue,” said designer Edgardo Osorio) to the baby-blue sole stitching and special wedding-edition shoebox from Sophia Webster.

“She once said ‘elegance is the only beauty that never fades,’ which inspired me to utilize three of my most iconic and elegant styles, reimagined exclusively for Level, in luxurious ivory satin with matching suede trim,” said Andrew.

See the whole collection in our gallery.