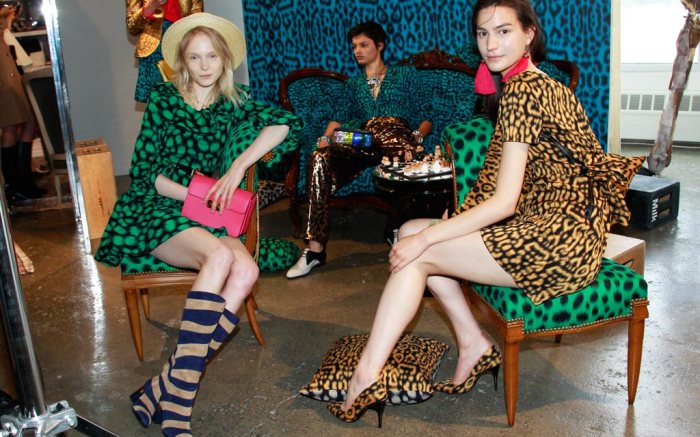 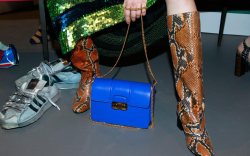 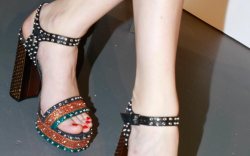 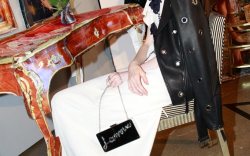 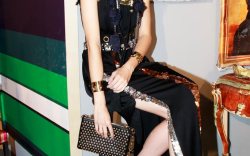 Just call it the new retro. Lanvin’s Alber Elbaz may be known for his feminine sensibilities at the French fashion label, but the designer channeled a number of iconic 1970s  footwear styles — from bohemian to disco — reworking them into not-so-pretty, slightly offbeat interpretations.

Elbaz’s ’70s references began with the essential suede boot, which was straight-cut and below-the-knee. Some featured vertical striping, in contrasting tan and deep purple suedes. The same silhouette was done in vibrant red snakeskin, which was a modern push into the now, given the recent exotics craze.

Transitioning from Woodstock to the disco floor, Lanvin also took on the platform sandal, which saw a major resurgence in the fall ’15 season. Here, the heels were curved and the toes were squared off, which made the come-hither look seem somehow less sexy. Still, the shoes didn’t lose their luster, as they were done in tri-tone glitters with eyelet studding.

The Moto boot also made an occasional appearance — some studded with a pointy toe, others bejeweled with colorful crystals. The style was, of course, excessive, but isn’t that part of Lanvin’s charm? After all, models were strung about a highly propped space, including a faux bathroom and giraffe.

For more of Lanvin’s resort shoes, click through the gallery.