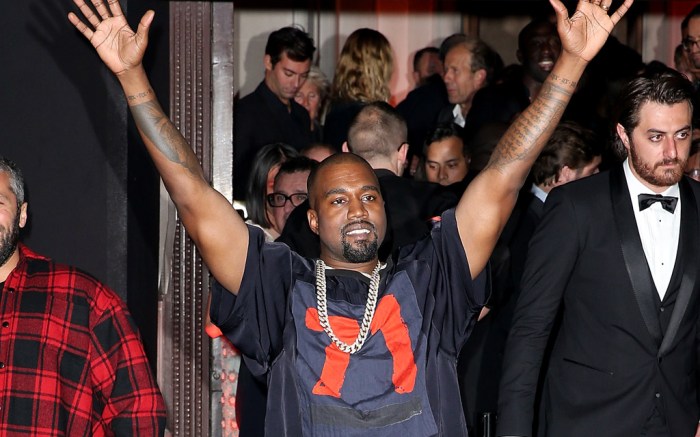 The “Shoe Oscars” are back, and the coveted “Shoe of the Year” award will go to Kanye West’s Adidas Yeezy Boost.

On Dec. 2, Footwear News, the voice of the shoe industry, will present the 2015 FN Achievement Awards live in New York City, recognizing the best and the brightest talents in the business.

This year’s Shoe of the Year honor recognizes the insatiable demand for all things Yeezy. The sneaker releases dominated the market in 2015 as demand for the product crashed servers, sparked extraordinary resale value and created a need for mob control in stores.

From the moment Kanye West unveiled the 750 high-tops on the Grammys, his Adidas sneakers have been the most-coveted, most-talked-about, most-recognized shoes this year.

The Yeezy Boost 350 style, in particular — a low-cut version of the original, featuring a Primeknit upper — has been a huge hit across a wide swath of influencers, from sneakerheads to stars, fashionistas and a wildly devoted public.

This summer’s releases of the first Yeezy Boost 350 colorways sent fans into a frenzy. Hordes of consumers lined up for days to get their hands on the all-black pairs. And the forthcoming beige version, hitting in time for the holiday season, will continue to drive the phenomenal demand for the shoes.

West’s connective power across multiple industries, combined with the giant force of his own fame — and his family’s — has propelled the silhouette’s media and retail dominance.

This marks Adidas’ second “Shoe of the Year” honor in as many years. The German athletic brand brought home the award in 2014 for its iconic Stan Smith court shoe, when the man himself took to the FNAA stage to wow the crowd of designers, retail CEOs, influential buyers, brand executives and Hollywood stars. Among those riveted to Smith’s every word: “Launch of the Year” winner Sarah Jessica Parker, “Style Influencer of the Year” Nicole Richie and “Designer of the Year” Giuseppe Zanotti.

Stay tuned to Footwearnews.com to find out about the other 2015 FN Achievement Award winners, including Designer of the Year, Brand of the Year and Company of the Year.

And click through the slideshow below to see all the celebs who’ve worn Kanye West’s Adidas Boost sneakers.