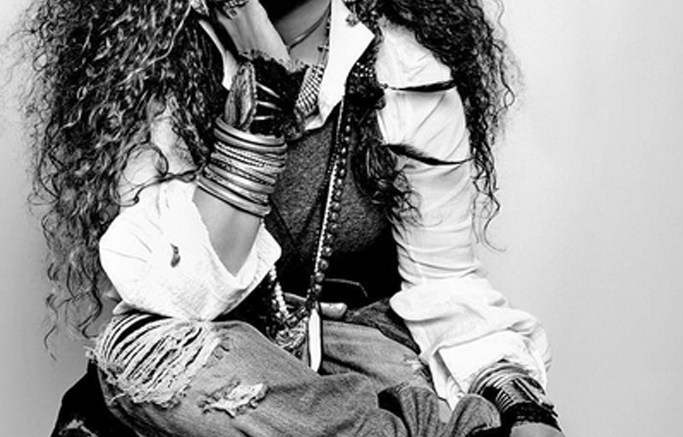 Earlier this month, Giuseppe Zanotti announced that he would be designing custom styles for Janet Jackson’s upcoming Unbreakable World Tour. She is expected to sport styles similar to Zanotti’s wildly popular sneakers in several unique colorways.

Today, the designer shared photos of Jackson from the shoot for the cover of her album wearing Giuseppe Zanotti’s Coline fringe peep toe booties. In a behind the scenes video, Jackson’s stylist Kim Bowen said they were aiming for an array of looks for the shoot from “funky to a bit rock ‘n roll, ethnic, it’s even a little bit of punky here and there.” The video also shows items on set by Comme des Garçons and Givenchy.

“I am thrilled to have been asked by Janet to create the shoes for her tour,” said Zanotti. “She has been a great friend for many years, and I have the utmost respect for her as one of the most iconic and outstanding artists and style icons of our time.”

Jackson recently accepted an Ultimate Icon Award at the BET Awards in June. On her tour, Jackson will be performing songs from her album—her first in seven years—which is set to drop this fall.

The Unbreakable World Tour kicks off in Vancouver on Aug. 31.

Watch the behind the scenes video below: