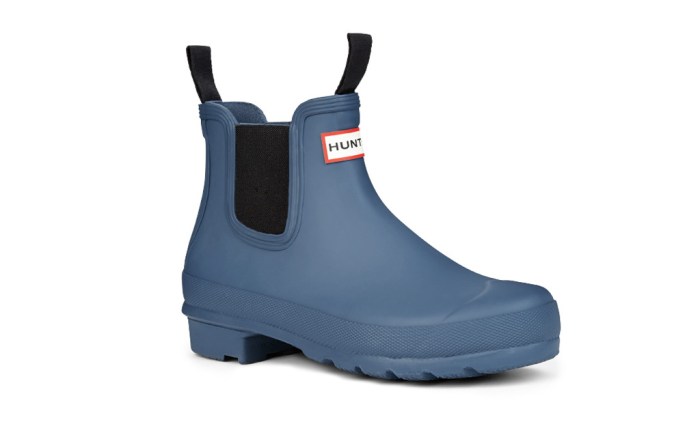 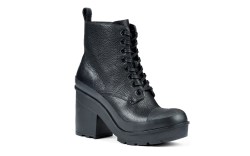 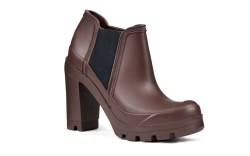 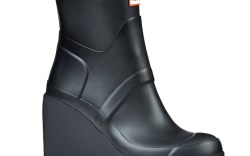 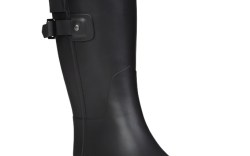 Established in 1856, Hunter Originals, it’s no surprise, is considered a British heritage brand.

During World War I, the factory producing the boots operated 24 hours a day, turning out more than a million pairs of strong rubber boots for soldiers. The rest, as they say, is history.

It was in 1956, 100 years after the company was founded, that the green Wellington boot was created. Known for its comfort, fit and, of course, style, this boot became the brand’s trademark design and is still being produced today.

From being endorsed by Her Majesty The Queen of England to Kate Moss being snapped wearing a pair at Glastonbury in 2005, the brand has come a long way, with its popularity spanning the globe and generations.

Popular among both workers and trendsetters alike, Hunter, while continuing to produce its original designs, has expanded its footwear offering and now also makes apparel and accessories, which launched in 2014.

From the classic design to Chelsea boots in mineral blue (pictured above) to high-heeled ankle boots in umber, this collection covers them all.

View the slideshow to explore the full fall ’15 women’s collection by the British heritage label.

And see a pair of Hunter boots being made below: