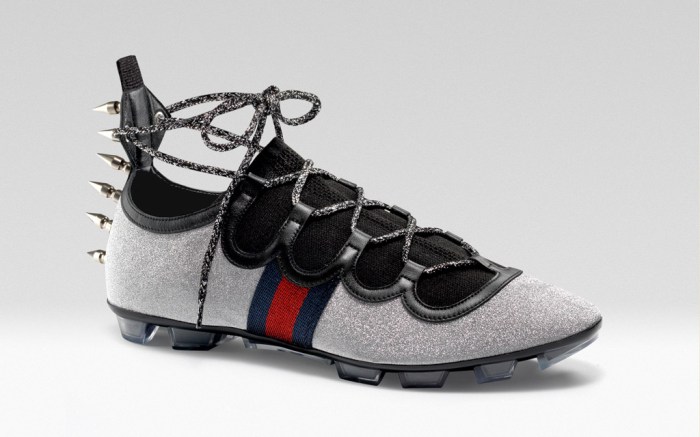 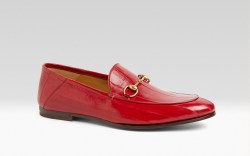 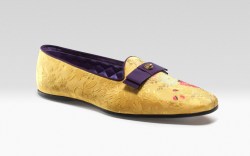 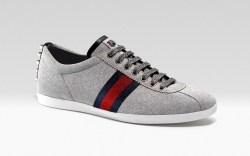 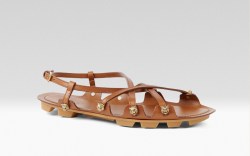 Debatably the buzziest collection to emerge from the men’s shows back in June, Gucci’s spring ’16 collection has arrived for closer viewing — including a new, experimental lineup of shoes.

Since Alessandro Michele took over the helm of the Italian brand earlier this year — his first show, the women’s fall ’15 ready-to-wear collection, debuted in February — the creative director has refreshed the brand with a new look. The same update has extended to the menswear as a result, with the spring ’16 shoe collection offering newness in the form of laceup ballet flats (yes, for men).

The collection was largely influenced by sportswear. Similar to the laceup ballet flats, several reinterpretations of a soccer cleat were sent down the runway, with the upper done in glitter materials and ultra wrap-tied speed laces — flourishes that fall in line with Gucci’s new, daring identity.

Unlike its fur-lined loafers from fall ’15, Gucci’s classic horsebit loafer returned to a more classic mode this season. The style was done in colored leathers, reds and greens and particular, with a paneled finish.