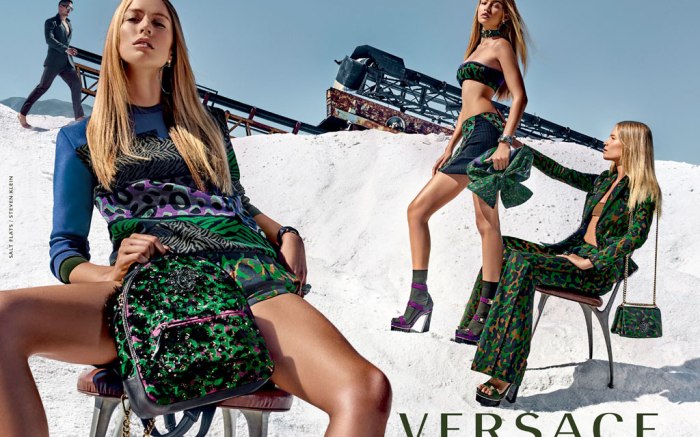 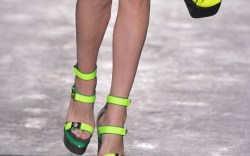 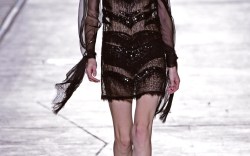 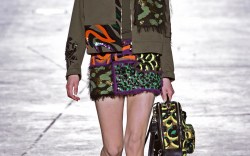 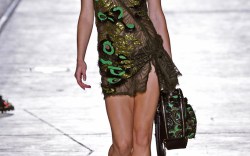 Donatella Versace tapped Steven Klein to photograph the Versace spring-summer 2016 advertising campaigns for men and women debuting in February. This is the first time the designer has partnered with Klein. Gigi Hadid, Raquel Zimmerman and Natasha Poly appear in the women’s campaign, each personifying Versace’s empowered individual, with martial arts expert Lukasz Grabowski appearing in the background.

The vivid, strong or earthy tones of the clothes and accessories contrast with the location of the shoot, the Salt Flats of California, under a clear blue sky.

“This is the Versace woman today, an individual who is proud of her own character. I love Gigi, Raquel and Natasha and everything they stand for,” said the designer.

Benjamin Benedek, Nathaniel Visser and Lukasz Grabowski model the men’s campaign. “In this new campaign, the Versace man is at his most dramatic, fearless and strong. He is a man of his own mind, no matter where he finds himself,” said Versace.

It’s been a big week for Hadid on the ad front. Stuart Weitzman tapped the model-of-the-moment, along with Joan Smalls and Lily Aldridge to pose totally in the buff, aside from Weitzman sandals, of course.

Click through the gallery to take a look at the fashion house’s spring ’16 highlights.