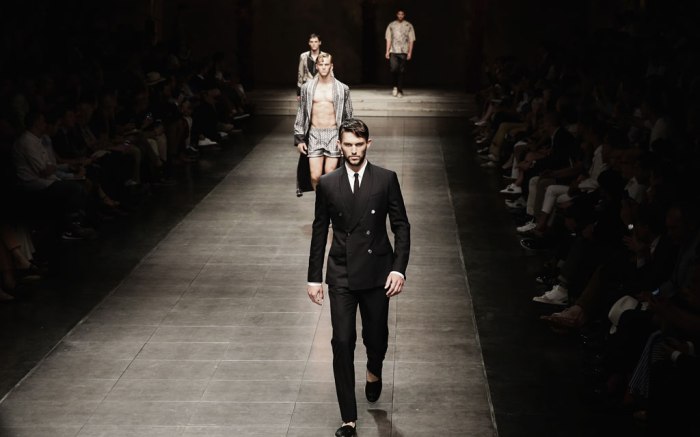 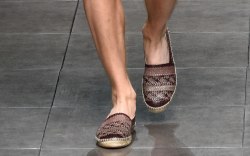 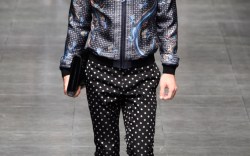 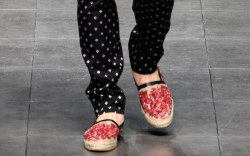 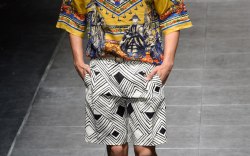 Going by a literal definition here, Dolce & Gabbana’s spring ’16 men’s collection was insane. Espadrille styles were presented over and over and over again, each delivering a slight variation on the last but, ultimately, all delivering the same result.

Inspired by the Chinese Palace in Palermo, Italy, the Italian label’s footwear collection seemed more suited to the beach than a palatial estate. And that’s what the collection ended up being: beachwear. Though the shoes were unified by the espadrille silhouette, the uppers featured a variety of treatments: woven, embellished, striped, solid-colored, leopard-printed, floral-printed.

While some finishes headed into gaudy territory — a rhinestone-encrusted cross, anyone? — some of the shoes did manage to hit a refreshing note. A canvas slip-on style with black lace appliqué was unfamiliar territory for a men’s style, but if anyone is going to wear it, it’s the Dolce & Gabbana customer.

For more images from Dolce & Gabbana’s spring ’16 show, click through the gallery.