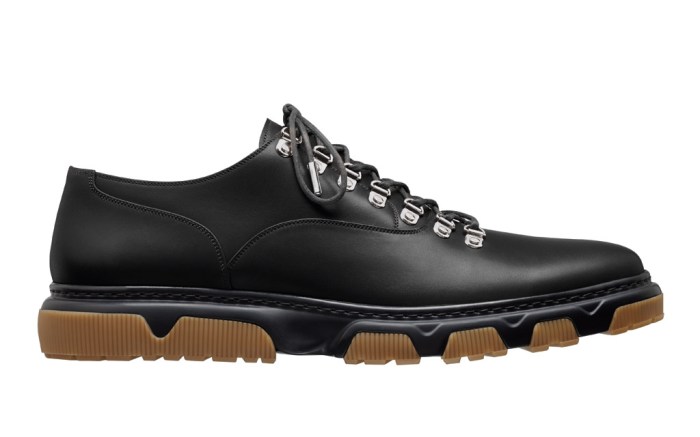 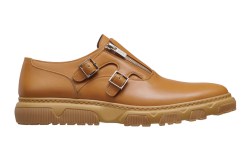 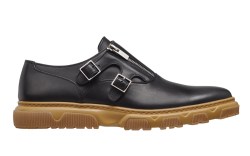 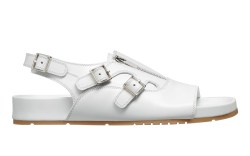 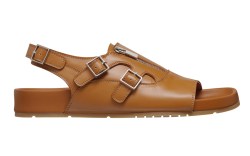 Dior Homme’s spring ’16 shoe collection has arrived. The latest offering—under the creative direction of Kris Van Assche, who announced he is shuttering his own label back in May—features fresh takes on both casual and dress categories.

The collection’s through-line came in the form of thick, beige rubber soles, which were added on everything from double-monk dress shoes to running shoes. The experimentation resulted in an overall casual feel, even on Dior’s dressier styles like the black lace-up, which was further dressed down with hiker-style fastening clips.

Double-monk uppers were also combined with sneaker soles, which is indeed a sign of the times. With sneaker culture further infiltrating high-fashion labels, it’s interesting to see how Dior takes on the burgeoning market—creating not quite a sneaker, but not quite a dress shoe either.

Sandals proved to be a focus in the collection as well. Double-monk buckles were added onto the uppers (is the formal mandal on its way in?), and were done in all-over colorways in tan, white or black leathers.

For a closer look at Dior’s spring ’16 men’s shoes, click through the gallery.