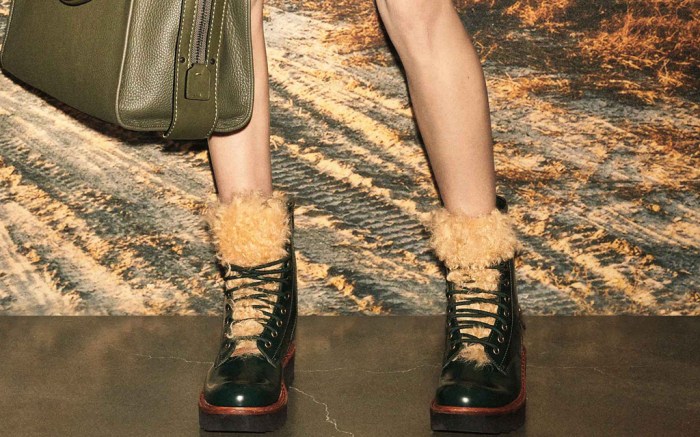 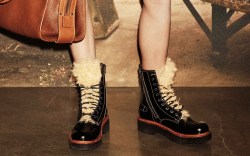 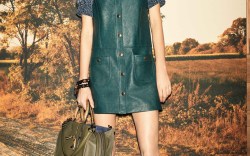 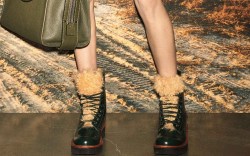 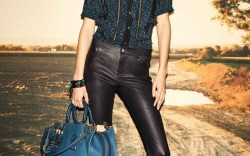 Since joining Coach in 2013, Vevers — who previously worked at Mulberry and Loewe — has redefined the label’s tired look with a fresher, more experimental attitude. The footwear has improved significantly as a result, with less safe designs taking the place of a traditionally more classic product offering.

Pre-fall was no different. Although it’s a smaller season, previewing the larger fall collection, the shoes offered just the right amount of pop. Patent boots were done with and without shearling tongues, a texture that was mimicked in the ready-to-wear pieces. Some tongues were done in a smoother, less shaggy fur.

Kiltie loafers were also done in traditional and open-back mule silhouettes. With their thick soles and wooden midsoles, the shoes had a slight clog feel to them.

That’s the appeal of Coach, isn’t it? Creating shoes that are not quite quirky but not quite boring, either. And considering its commercial nature, the dichotomy between the two is well-approached.

For more Coach pre-fall ’16 looks, click through the gallery.