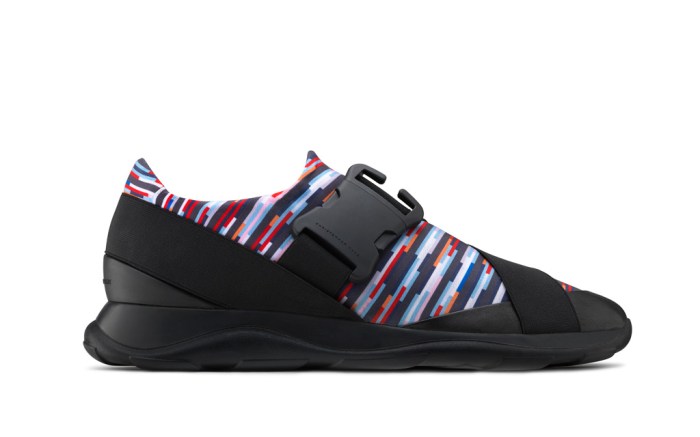 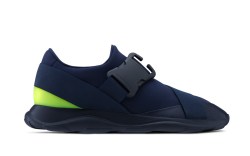 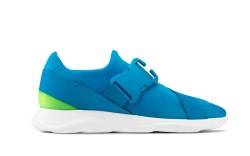 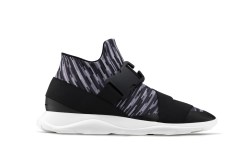 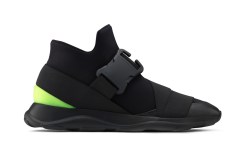 Laceless neoprene sneakers came in solid navy and cyan colorways, as well as printed stripes in multicolor or black and white. The shoes were especially eye-catching when paired with the ready-to-wear in matching prints. All the runners featured an oversized buckle detail, which has become the designer’s signature.

Pool slides were also done in both solid and embossed black leather, while double-strap sandals also featured the buckle detail seen on the sneakers.

Dressier shoes in the collection included Kane’s zip-front oxfords, a subtle-but-modern twist on the classic silhouette. Black leather ankle boots and smoking slippers also made an appearance, with the recurring buckles giving them just enough twist.

For a closer look at Christopher Kane’s spring ’16 collection, click through the gallery.