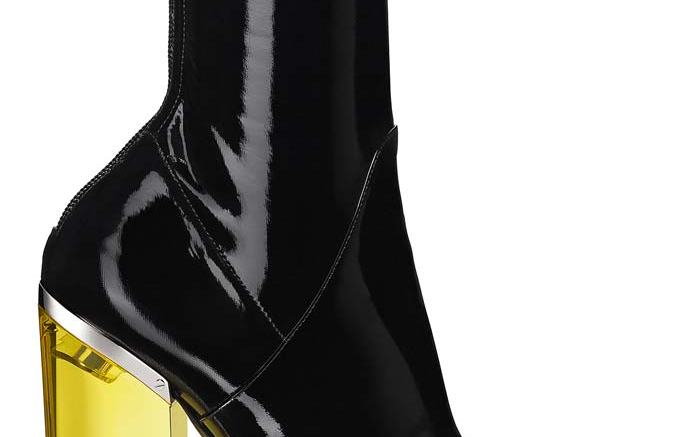 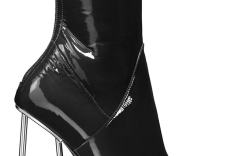 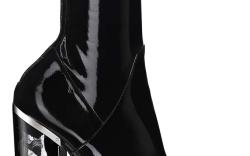 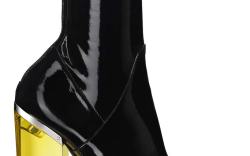 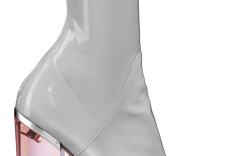 As reported by FN earlier, Christian Dior’s fall ’15 runway show in Paris featured refined takes on fetishistic dress typically seen more in brothels than high-end fashion houses. And now we’ve got a closer look at all of the standout shoes.

Under the creative direction of Raf Simons, Dior reimagined the latex boot in stretch leathers and printed vinyl, done in ankle and thigh-high silhouettes. Heels were designed in colored lucite, some clear with lava lamp-effect ink splashing.

The label’s fall couture shoes, which are included in the offering, feature heels that are slightly different, making use of a metal caged heel paved with crystals.

Styles not seen on the runway include block-heel patent loafers and mesh sneakers, some with velcro straps, embellished with floral appliqué work.

The collection proved to be a refreshing continuation from its spring ’15 show, which featured the same boot message done in tartan tweeds with curved heels.