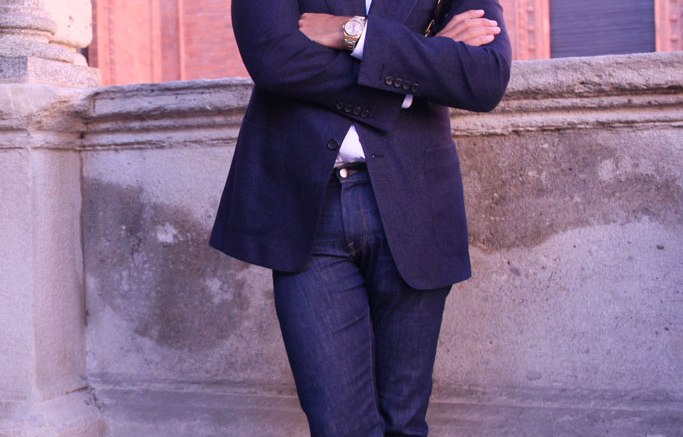 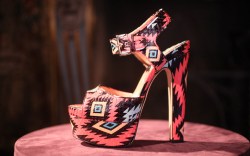 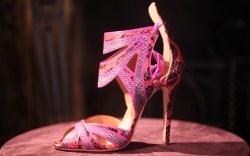 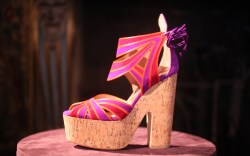 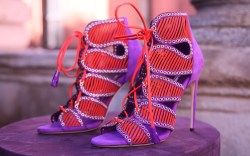 Brian Atwood’s schedule over the past few weeks has gone something like this: The designer held court at his Mexican-inspired spring ’16 presentation in Milan on Sept. 24, and a  few days later, he was off to Istanbul for a store  appearance (and a bit of sightseeing, of course). Then Atwood hit Rome and headed back to Milan before returning to his other hometown, New York.

Atwood’s jet-setting lifestyle is well-documented on his popular Instagram account, which has about 460,000 followers. The social-media platform has become a major branding tool for the designer, who has been the visible face of his namesake brand since he launched it 14 years ago. While Atwood relishes the opportunity to have that instant online connection with his customers, he has been hatching big plans for offline, too.

Since teaming with Steve Madden in a joint venture about 18 months ago, the designer has overhauled the strategy for his B Brian Atwood collection, which will be stocked exclusively at Hudson’s Bay and Lord & Taylor stores starting with the holiday season. And he’s eyeing category expansion, wider distribution and an
e-commerce push for his namesake line.

Here, Atwood talks to Footwear News about his future goals and the  increasingly crowded and competitive  designer shoe market.

You’ve just revealed your exclusive deal with Hudson’s Bay and Lord & Taylor for your secondary line, B Brian Atwood. What was appealing about  that partnership?

BA: With Steve Madden, we’d been pondering  the question of who would make a great partner. Lord & Taylor has been undergoing tremendous change, and their consumer understands my product very well. My designer line has been  with Hudson’s Bay, and they have the best clients  in Canada. These retailers can showcase the brand in the right way. They’re so excited about having  B Brian Atwood, and they’ve given us space and  put marketing behind it.

The price points for BBA are a bit lower than they were when the line was under The Jones Group. Why the shift in pricing strategy?

BA: I always thought B Brian Atwood was too close to designer price points — I thought it should be at least 20 or 30 percent less expensive. (BBA’s shoe and handbag prices are now $170 to $295.) At the same time, we didn’t want to jeopardize the quality we’ve had in the past. It took us a bit of time to get the quality to where we wanted it, but we’ve learned a lot and now have a rhythm going.

Let’s talk about your namesake collection. After 14 years, are you satisfied with your place in the market?

BA: I’ve long looked at it as being kind of protected and not being everywhere. We’ve had steady growth, but part of me says this brand can be as huge as we want it to be. I’m thinking about new categories — anything that would make sense — like fragrance, sunglasses, men’s. We want to open shop-in-shops at key retailers around the world. There are so many shoe designers now, so you have to be more strategic with your growth. When I launched in 2001, Manolo Blahnik, Jimmy Choo and Christian Louboutin were the three major names. I was immediately thrown into that halo arena. Now, so many people have fallen in love with shoes and started their own lines.

What would a Brian Atwood men’s collection  look like?

BA: I see it as a very tight capsule of about 10 to 15 styles. Color is so important to me, and the quality has to be exceptional. I like classics with a twist. Men shop differently than women. The majority don’t buy 10 pairs of shoes at once, though they’ve recently began taking more risks with their choices. I see myself doing that, and it’s what makes it so exciting to get into this. Louis Leeman makes amazing shoes — they have a touch of personality and offer something different. I love my Saint Laurent boots, and I just got some amazing Fendi sneakers. I also made a pair of bright, gorgeous turquoise crocodile-skin loafers for myself. I’m so glad men’s shoes are taking off.

You briefly had a store on Madison Avenue, but  that closed when Jones Group shuttered. Do you plan to get back into retail?

BA: A brick-and-mortar store is important for every designer. In addition to New York, I’m interested in Los Angeles and the design district
in Miami. Globally, Paris and the Middle East are exciting. We’re also working on our website to make it much more interactive, and to have things you can’t get elsewhere.

BA: Ladoublej, because it’s a fresh take on Milan. Byluisvenegas: I love his visuals and I am a huge fan of this talented guy! He’s a great editor as well. Tmagazine: I love the info and the visuals that they post. I love the New York Times as well.

Click through the gallery below to see Atwood’s spring 2016 collection.

A version of this story appeared in the Oct. 12 print issue.