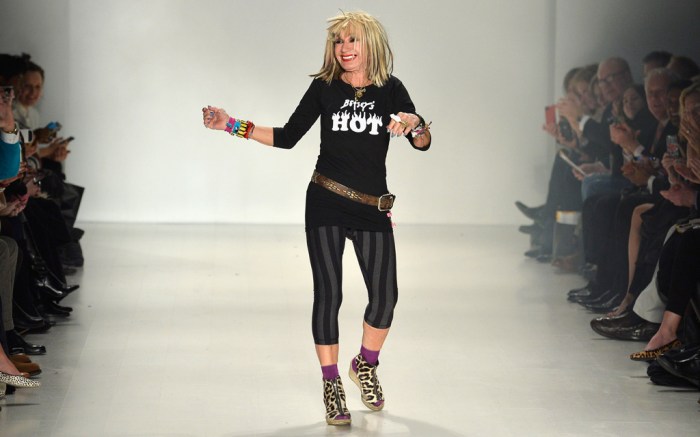 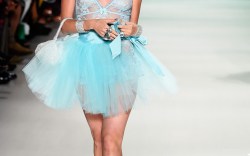 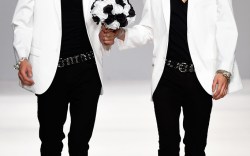 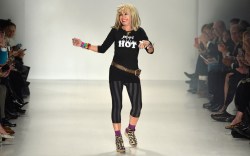 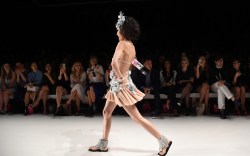 Betsey Johnson turns 73 today, yet she still manages to hop down her runways doing cartwheels and splits. The quirky, over-the-top designer has been at work since the 1960s after she won a contest to guest-edit “Mademoiselle” magazine and subsequently became a designer at clothing boutique Paraphernalia.

This past weekend, Johnson offered up more than 10,000 pieces of clothing from her personal collection at a yard sale at her home in East Hampton, New York. She recently announced that she’s moving to California to be closer to her family.

Johnson is known for her fun and wild runway shows, and her footwear is made to match. The designer is a fan of bright colors, prints, glitter, and studs. At her spring ’15 show, she showed hot-pink platform sandals with bow embellishments that were worn with sheer white lace socks underneath.