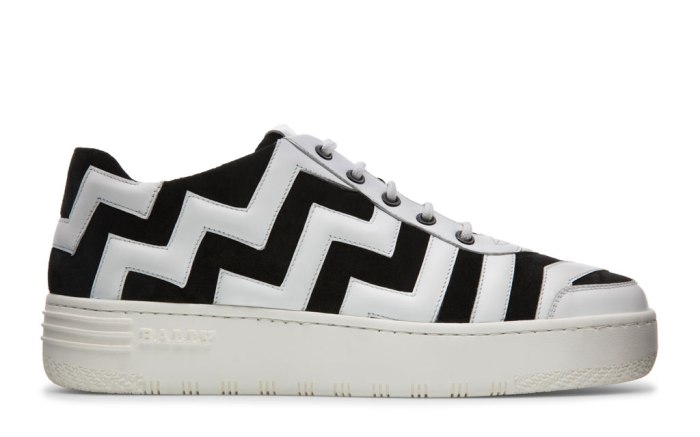 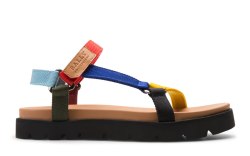 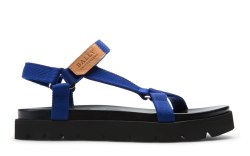 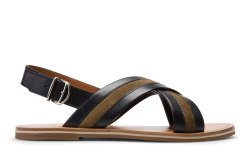 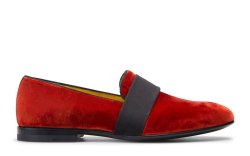 Bally’s design director, Pablo Coppola, is continuing his Wes Anderson fixation for spring. The designer — who for fall was inspired by ‘The Royal Tenenbaums” — looked again to the director this season, referencing his whimsical “Moonrise Kingdom.”

The film, set at a fictional New England summer camp, resulted in Bally’s retro sneaker styles for spring. The collection was dominated by white low-tops, which were finished in a variety of ways. Some featured graphic red or black stripes, while others had a gum sole and a perforated B (for Bally).

Chunkier sneakers were finished in more vibrant colorways, such as a zigzag pattern or color-blocked mixture. In keeping with summer camp-ready shoes, Bally also presented a sort of modified take on the classic Teva sandal, with one particular style done in a rainbow color combination.

Bally’s dress category also made up a large portion of the collection. Lace-up oxfords were done in solid black and brown leathers, while some were embossed in a croc texture. Smoking slippers were also presented in blue and red velvets.

For a closer look at Bally’s spring ’16 men’s shoes, click through the gallery.