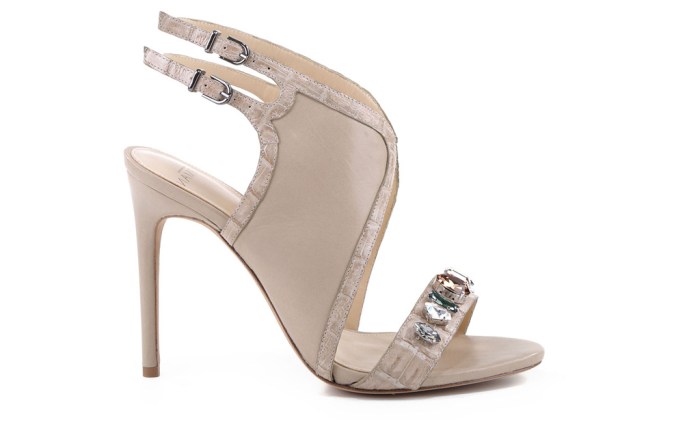 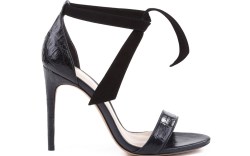 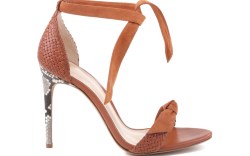 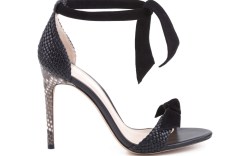 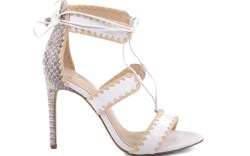 Before Alexandre Birman’s presentation at the elegant Le Bristol Paris yesterday, the designer spent several hours at The Tuileries gardens with his wife Johanna and two young daughters.

“I didn’t want to leave them,” Birman confessed as he walked FN through his spring ’16 collection. “This is the first time both my daughters have been here with us together.”

The Brazilian designer and CEO, who is clearly relishing fatherhood, said his offering for next season reflects his overall vision: to craft shoes that are timeless. “I don’t like things that are too gimmicky or too trendy. I prefer shoes that you can wear now and in five years, and still like them. That’s how I’m developing the collection.”

Highlights this season included updates on the popular Clarita sandal, now available in croc. A striking blue version was a particular standout. Elsewhere in the collection, key looks included a suede bootie with whip stitching and sporty soles with exotic uppers. The designer also embellished several styles with Swarovski stones for the first time.

Single soles continue to define Birman’s collection and he doesn’t expect that to change. “I’m not a huge fan of platforms. Single soles are much more chic,” he said, adding that this season he focused on artisanal straight lines and minimalist design. “Things are much more neutral now,” he said.

A few minutes later, Birman glanced at the hotel lobby. “My daughters are back!” he said, running out of the room to greet them at the elevator.

To explore Birman’s spring ’16 collection, view the slideshow below.