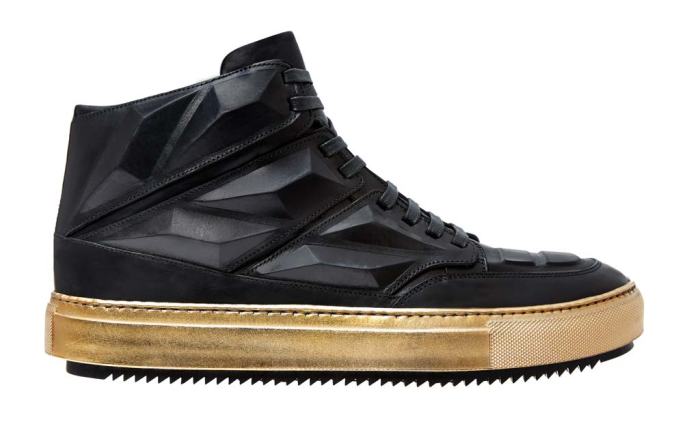 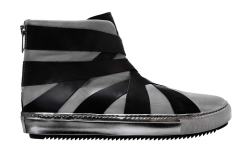 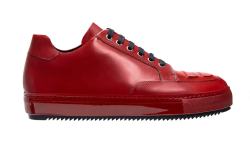 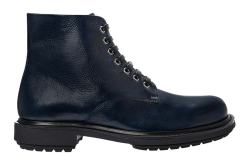 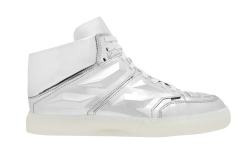 High-top sneakers were given an architectural finish with geometric-shaped side panels, while low-top sneakers were finished in color suedes and perforated leathers. Laceless boots were given a touch of a bondage with heavy leather strapping and metallic sneaker soles, which gave the boots a slight moon boot feel.While the play on strapping was bold, its commercial appeal remains somewhat questionable.

Other new attempts for the brand worked, though, like the tri-monk straps that were added onto mid-top sneakers. The unexpected touch made for an interesting dress-meets-casual combination. Another new venture included Ingelmo’s lug sole combat boots, which make way for new categories that the brand can continue expanding into.

Overall, the collection was much more subdued than its usual offering. Past collections have played on louder flourishes, like metallic and holographic finishes.

The Best Office-Appropriate Shoes For Men

What Men Are Wearing This Spring In New York City