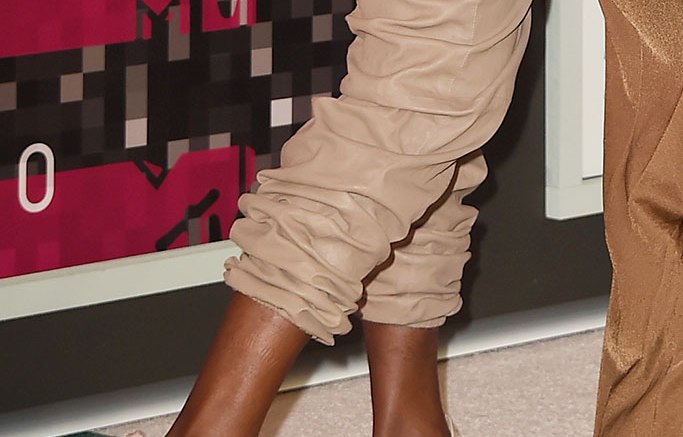 The “Shoe Oscars” are back, and the coveted “Shoe of the Year” award will go to Kanye West’s Adidas Yeezy Boost.

On Dec. 2, Footwear News, the voice of the shoe industry, will present the 2015 FN Achievement Awards live in New York City, recognizing the best and the brightest talents in the business.

This year’s Shoe of the Year honor recognizes the insatiable demand for all things Yeezy. The sneaker releases dominated the market in 2015 as demand for the product crashed servers, sparked extraordinary resale value and created a need for mob control in stores.

In other Yeezy news Footwear News has learned from sources that the Adidas Yeezy Boost 350 in a beige colorway will be released in November.

Kanye West first teased the beige pair at the MTV Video Music Awards in August. West debuted the sneakers just after the release of the black Yeezys earlier that month. Many waited in long lines and entered raffles in hopes of getting a pair.

West has also been seen wearing other colors including a light gray pair, which he wore to the Alexander Wang show at New York Fashion Week, and a black pair of 750s at the Givenchy show. Over the summer, West was reportedly spotted in a white pair of 350s at James Harden’s birthday party.

West has proven to be a master of suspense, announcing that he would indeed be showing his Yeezy Season 2 collection at New York Fashion Week just days before the show.

Although most people weren’t able to get their hands on the sneakers, we’ve spotted plenty of lucky celebs in both black and gray Yeezys. Earlier this month, Kim Kardashian West posted a photo on Instagram of two boxes of Yeezys with notes on them that said “Obama.” West also had baby pairs of Yeezys made for daughter North.

While we can’t confirm any details yet, we do know that last time around, customers were able to reserve pairs via Adidas’ Confirmed mobile app. The black 350 was also the first in the line to be made in half sizes.

Many stockists offered the chance to win a pair through a raffle while others asked customers to line up outside their stores. Some retailers that were offering the shoes online experienced crashed servers—and angry, empty-handed customers.

FN reached out to Adidas, however they are yet to comment. We’ll be posting updates as we get them.

For celebrities wearing Yeezy kicks, click through the gallery below.