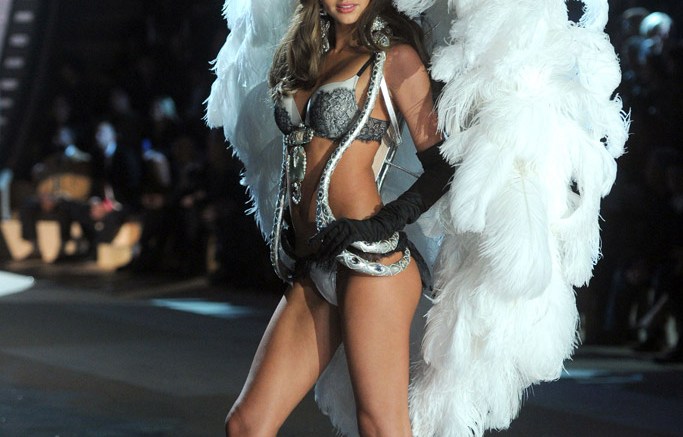 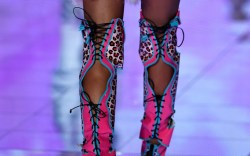 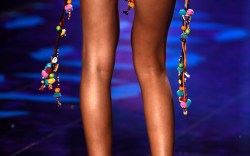 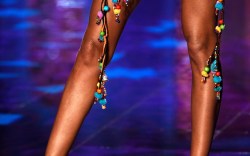 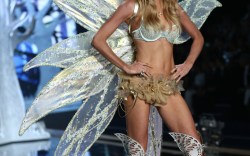 The 20th anniversary Victoria’s Secret Fashion Show is highly anticipated. The show’s fans know this is a night of  angels, wings, mega performers, the fantasy bra — and this year, Gigi Hadid.

The celebrated model will be joining the likes of Tyra Banks, Heidi Klum, Gisele Bunchen and Naomi Campbell, who’ve all made their mark on the Victoria’s Secret catwalk. Hadid has worked for the Victoria’s Secret label Pink in the past, but this marks her first appearance on the televised event.

Hadid found out she’d be walking in the show at the VS casting by Ed Razek himself. The lingerie brand then posted the adorable behind-the-scenes moment on its social media accounts to reveal the news. Hadid was so excited that she cried and immediately posted to Instagram, captioning, “Couldn’t keep back my tears!!!! Anyone that grew up with me knows that getting this show has been a dream of mine forever!”

This year, Rihanna, Selena Gomez and The Weeknd will perform during the 2015 Victoria’s Secret Fashion Show, which will return to NYC.

Last year, the show took place in London, with performances by Ed Sheeran, Ariana Grande, Hozier and Taylor Swift. In line with 2014’s British theme, British designers Nicholas Kirkwood and Sophia Webster created custom designs for the show. Kirkwood was no stranger to the process, as he had already designed shoes for the 2013 and 2012 shows — which included Karlie Kloss’s vine stilettos in 2012.

In 2014, Footwear News caught up with Kirkwood after the show aired. He said, “Each story for the runway show has a different character and attitude. The show is about fantasy, so it was great to work with the Victoria’s Secret team to define the girls’ personas and create some fun and adventurous pieces.”

The first Victoria’s Secret Fashion Show debuted in 1995, but it was not until 1998 that Banks wore the first-ever set of angel wings. Since then, the shoes have evolved from satin sandals to thigh-high boots and intricate heels.

Click through the gallery below to see the best Victoria’s Secret Fashion Show shoes over the years, and tune in on Tuesday, Dec. 8, at 10 p.m. to see which shoes rule the runway this year.