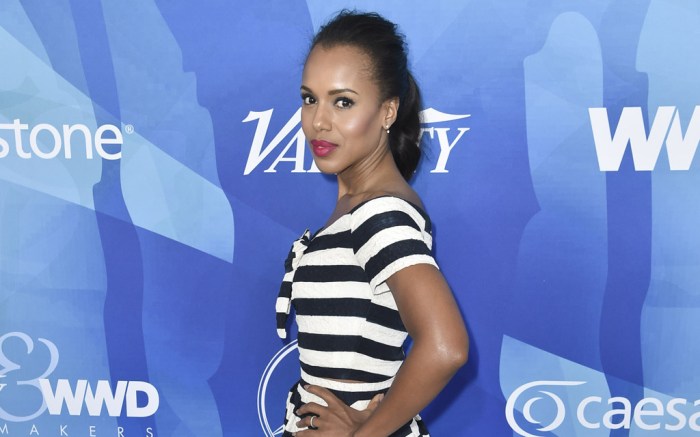 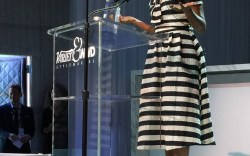 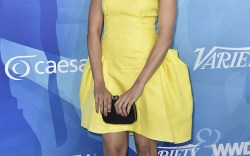 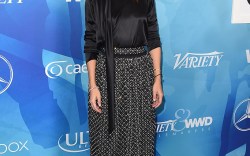 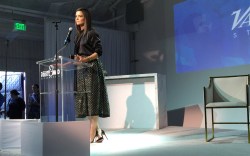 The StyleMakers celebration spotlights innovators who are responsible for the behind-the-scenes talent in fashion, beauty and style work. Their work has been seen on hits shows like “Scandal,” “The Voice” and “How To Get Away With Murder,” as well as red carpets at the Grammys, the Emmys and the Academy Awards.

Washington made a statement in stripes wearing Nicholas Kirkwood heels. She was in attendance to support of Paolo — who is responsible for creating the look of “Scandal’s” Olivia Pope. Before introducing the costume designer on stage, Washington said, “It all begins with the shoe.”

Holmes was on hand in Christian Louboutin heels to introduce Posen, while Davis made an appearance to introduce her stylist, Stewart.

.@violadavis at #StyleMakers: “Beauty is doing something that really enhances you … It’s a real achievement.” pic.twitter.com/JfOK8wPIcp

Kourtney Kardashian was also at the event to introduce Atkin, the “Keeping Up With the Kardashians” reoccurring face and famed hair stylist.

To see who else attended Variety and WWD’s first annual StyleMakers, click through the gallery below.