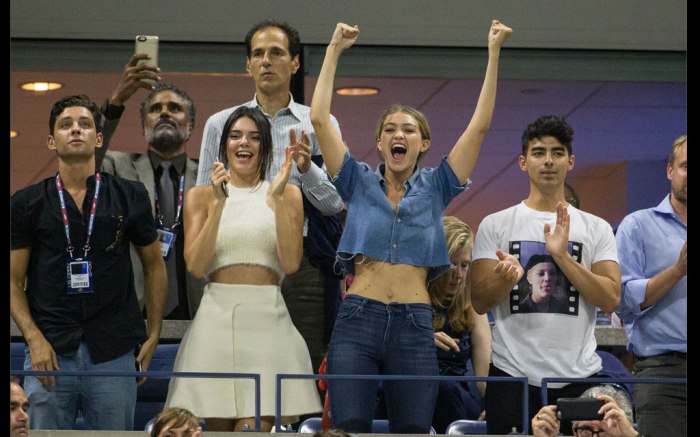 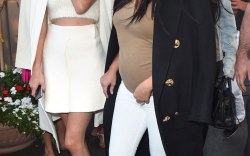 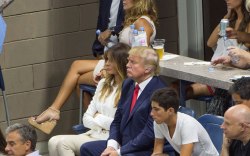 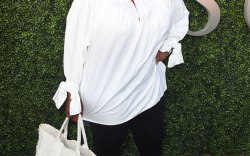 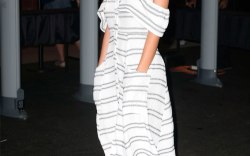 Kendall Jenner and Kim Kardashian were spotted making their way to the event in Nike and Tom Ford shoes, but there have been plenty of other faces and names there. Gigi Hadid and Joe Jonas were also spotted in the crowd cheering on Serena Williams.  As was Oprah Winfrey, who has been out and about at the US Open several times already. She attended last night  in a pair of strappy sandals and sat next to gal-pal Gayle King.

Rapper Nas made an appearance on the US Open red carpet wearing of all-white Nike sneakers. Fresh-faced newcomer Emily Ratajkowski was also spied  over the weekend wearing an off the shoulder dress and sandals.

Which stars are you hoping to catch sitting courtside?